So much fun catching up w/ computing pioneers at the #LCMCelebration last night! Here I am with old friend @billgates twitter.com/PaulGAllen/sta…

On Wednesday Microsoft co-founders Bill Gates and Paul Allen posed for a recreation of a classic 1981 publicity photo amidst the vintage computers of the Living Computer Museum in Seattle. The photo was taken at a private gathering of computer pioneers hosted by Allen (Allen founded the Living Computer Museum in 2006). The museum’s staff was able to find matches for many of the PCs pictured in the original photo. 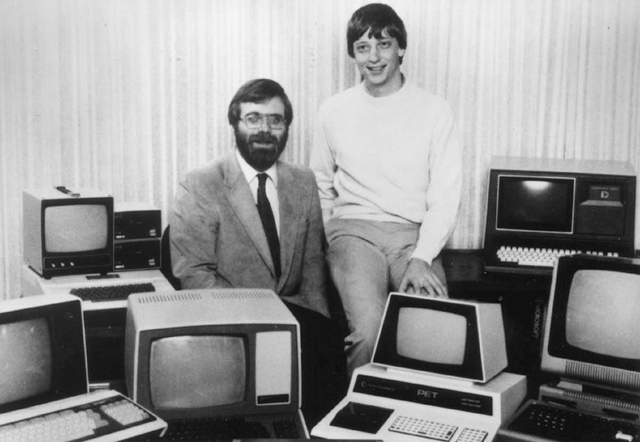