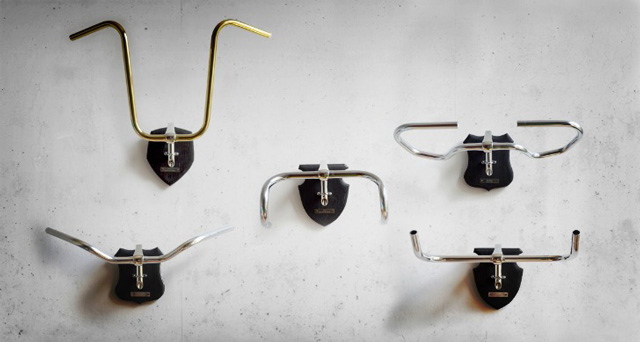 Bicycle Taxidermy is an ongoing project by designer Regan Appleton who was at first looking to create “a couple of memento mori” of his father’s “once prized but long discarded mountain and road bikes.” Appleton now provides a London-based taxidermy service to preserve other people’s handlebars in a creative way. Appleton’s site has more information and additional images.

…A somewhat sentimental take on a mass produced object becoming defunct, the handlebars are given the care and craft of a preserved family pet(!) The bikes have now been re-appropriated as a family heirloom.

Crafted in London; the taxidermy service mounts a client’s steed on a scorched or bleached European oak plaque made by Mick, a local joiner. Chrome mounting brackets fix the stem above a stainless steel epitaph etched in Argyll, Scotland, the plaque denotes the horned beasts model, pet name, dates ridden and a commemorative verse. Just fill in the epitaph field on the site and I’ll get it engraved and send out the plaque for you to mount yourself.

The second option is for a purpose made mount; the same mounting strategy can be applied to newly sourced handlebars. I focus on chromed Chopper, Cruiser, Pursuit, Butterfly and Dropped bars. Others can be used but I’ve found these to be the best. 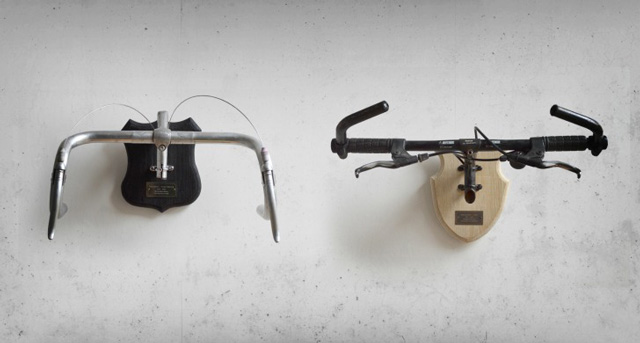 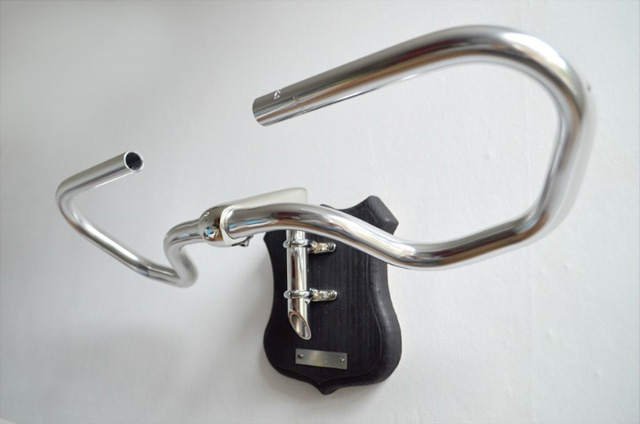