To celebrate the 30th anniversary of Jim Henson‘s Fraggle Rock and Ben Folds Five‘s upcoming album The Sound of the Life of the Mind (release date: September 18, 2012), the fraggles emerge from their underground dwelling and completely rock out with Ben and his band in the official music video for Do It Anyway (the album’s first track). The video was produced by The Nerdist Channel, was directed by Philip Hodges and also stars Rob Corddry, Anna Kendrick & Chris Hardwick. Both the actual Ben Folds Five band and the Fraggles have been silent for quite a few years, but the joining of the two and reemergence into the world in this music video is simply brilliant. The behind-the-scenes of the Ben Folds Five / Fraggles video below gives a look at how this collaboration came to be. Additionally, the The Sound of the Life of the Mind album is currently available to pre-order at the Ben Folds Five website and iTunes.

Red Fraggle said, “We had a great adventure in Outer Space! Ben, Robert and Darren love music as much as Fraggles do, so we had lots of fun. It would be wonderful to have them come play more music in the caves with us, but I am not sure they can fit through the hole in the floor!” 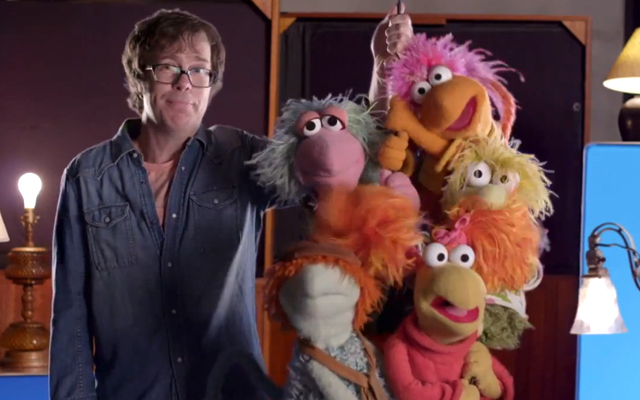