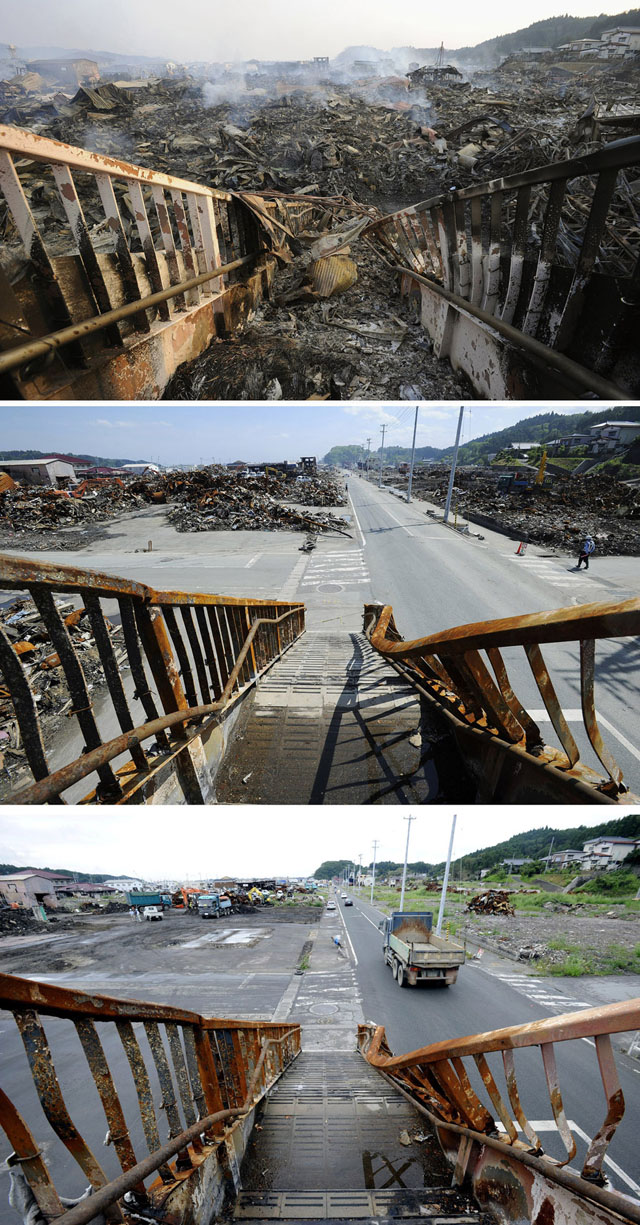 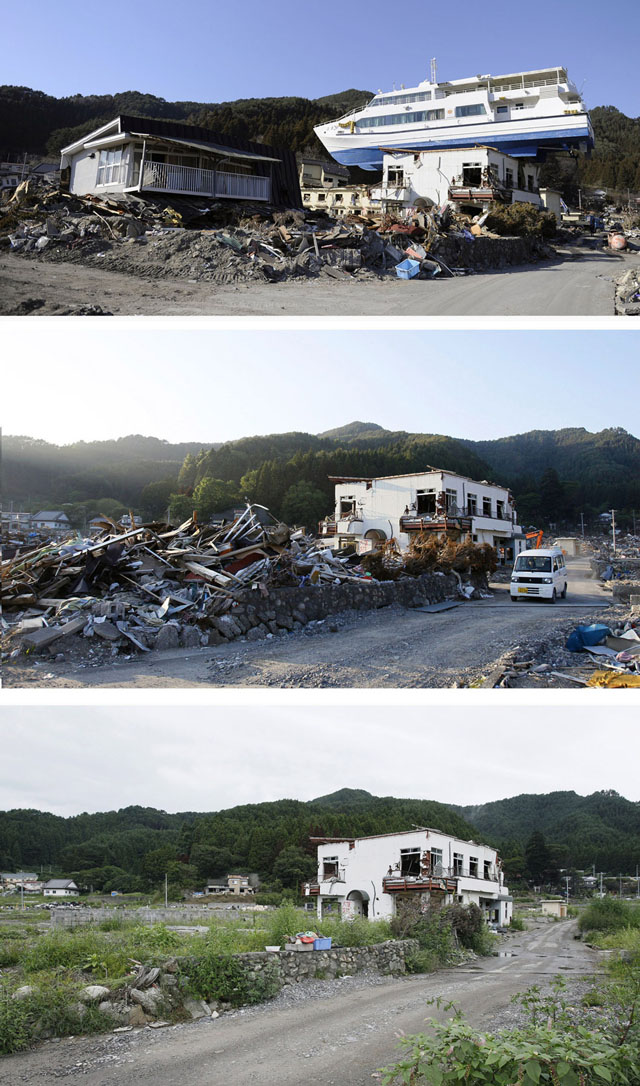 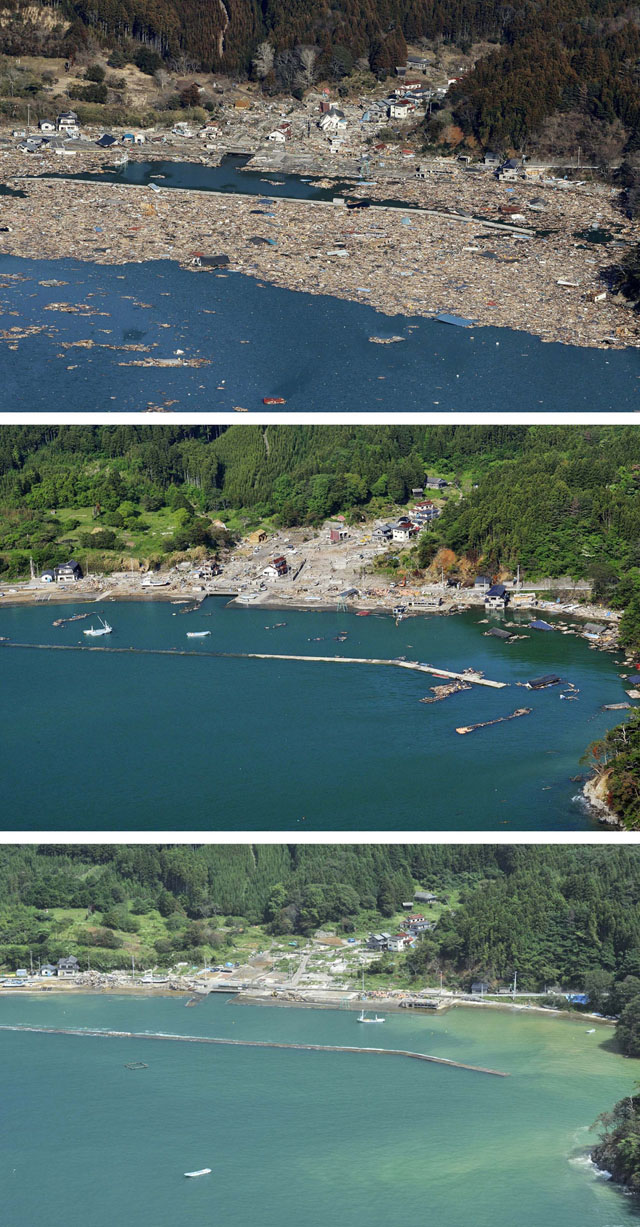 These astonishing before and after photos of areas affected by Japan’s devastating 2011 Tohoku earthquake and tsunami show the terrible destruction in the disaster’s immediate aftermath, followed by 6 months of remarkably speedy progress in the cleanup effort. The photos are presented by The Frame, The Sacremento Bee’s photo blog.

thanks to Graeme Wagoner-Lynch for the tip