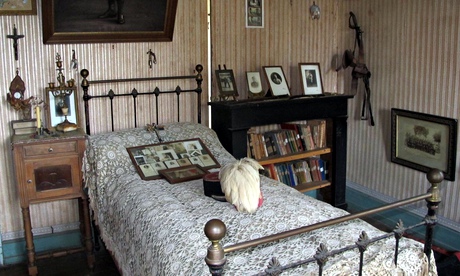 96 years after he died on the battlefield in Belgium, World War I soldier Hubert Rochereau’s bedroom in Bélâbre, France has remained undisturbed. The owners of the house have held to the wishes of Rochereau’s parents, which were made upon selling the home.

The parents of the young officer kept his room exactly as it was the day he left for the battlefront. When they decided to move in 1935, they stipulated in the sale that Rochereau’s room should not be changed for 500 years.

While there’s no legal basis for the request, the home’s owners have honored it.

image via The Guardian