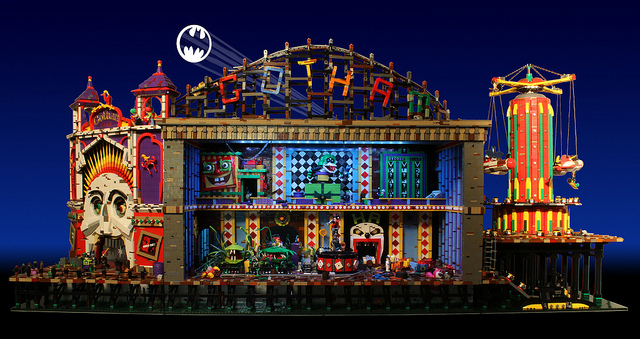 Vancouver-based LEGO artist Paul Hetherington (aka “Brickbaron“) created a beautiful funhouse out of LEGO bricks for one of the most iconic Batman villains, the Joker. Paul brought the funhouse to life with animatronics powered by Lego Power Function motors. You can view more photos on Flickr.

The funhouse is built with three “levels” to allow for three separate Batman and Robin scenes. I built the Funhouse over a two month period and debuted it at Brickcon 2013 in Seattle. 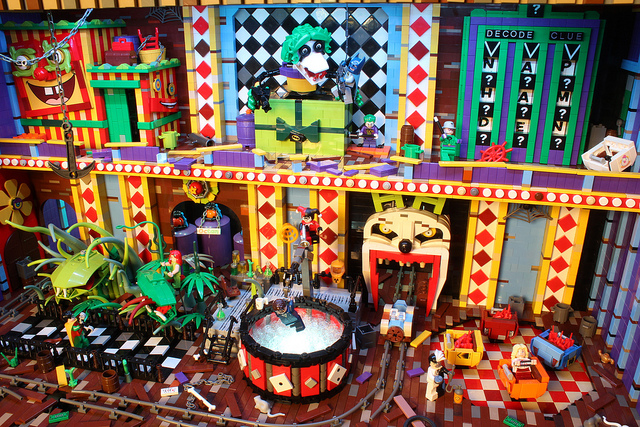 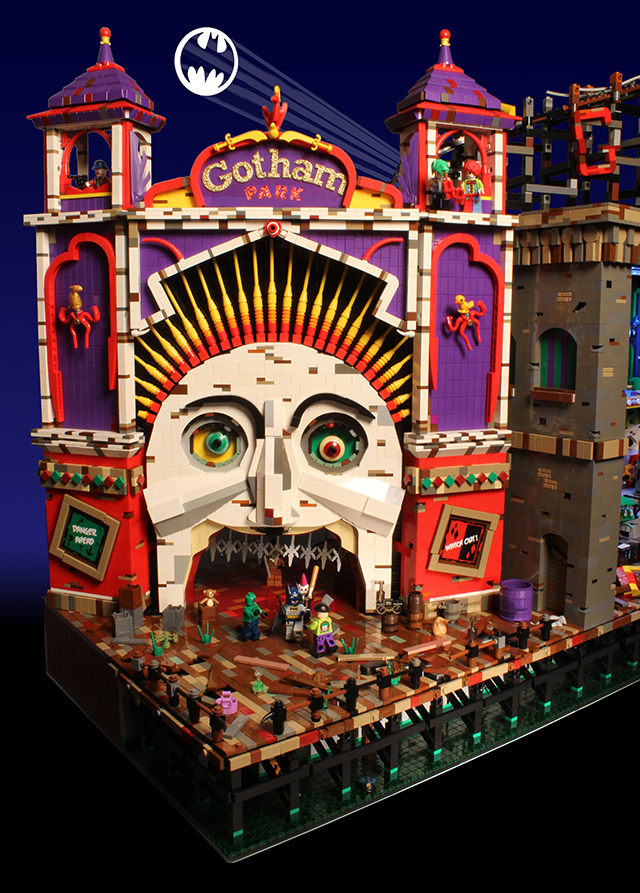 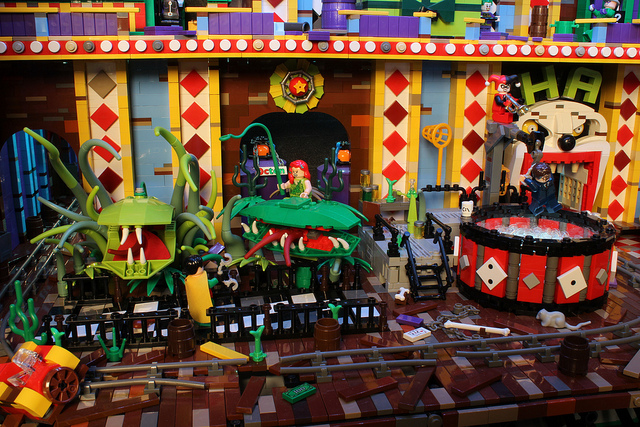 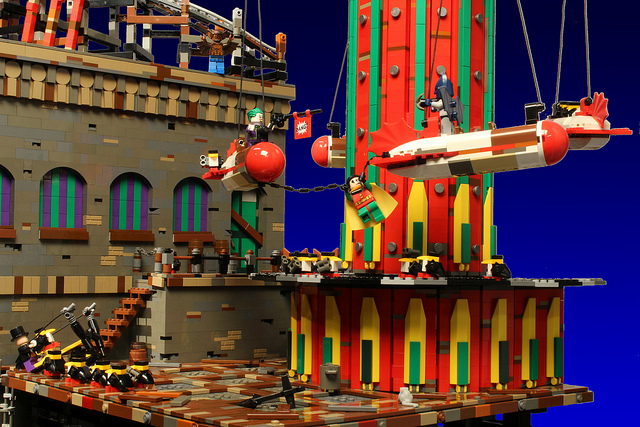 images and video via Brickbaron