Col. Chris Hadfield, a Canadian astronaut who is currently living aboard the International Space Station (I.S.S.), and Barenaked Ladies recently recorded a fantastic single titled “I.S.S. (Is Somebody Singing)” with a children’s choir, the Wexford Gleeks from Wexford Collegiate School for the Arts. It’s described as the “first space-to-earth musical collaboration” and it was “commissioned by CBCMusic.ca and The Coalition for Music Education with the Canadian Space Agency to celebrate music education in schools across Canada.”

The song, which was written by Hadfield and Robertson in partnership with Music Monday, CBC Music and the Canadian Space Agency, explores what it’s like to look down on the Earth from outer space. It will also be the official song for the 2013 edition of Music Monday, which takes place on May 6. 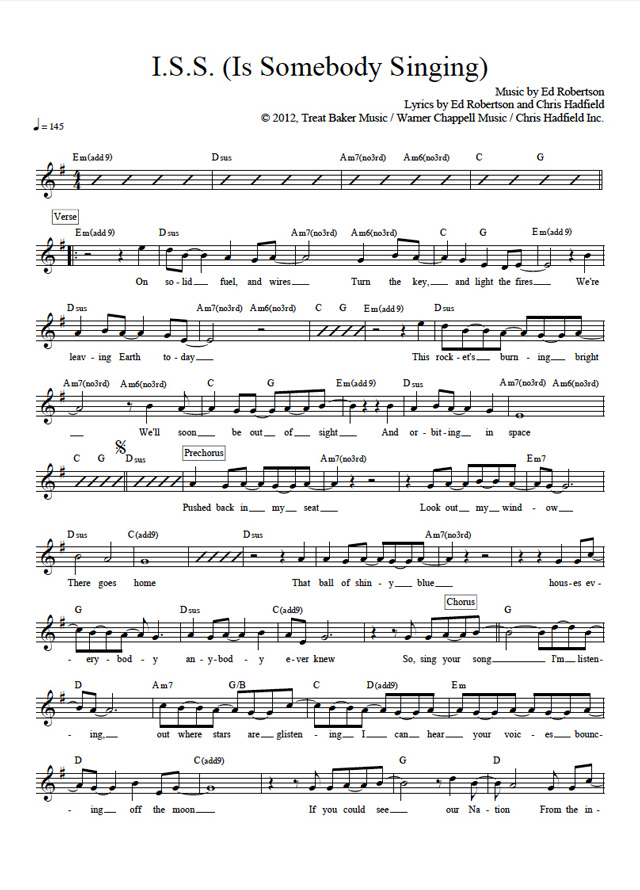 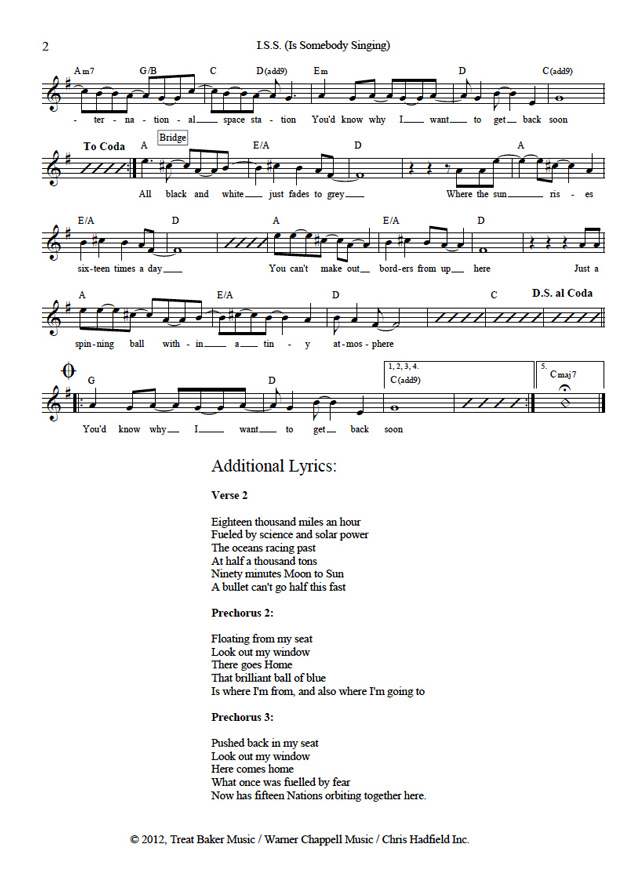