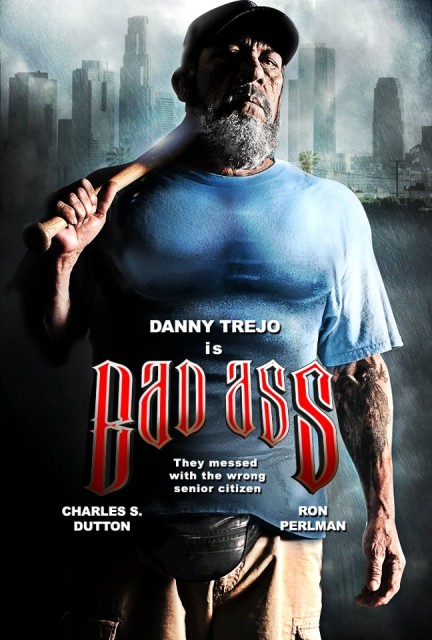 Thomas Bruso, aka Epic Beard Man, first gained notoriety from a video that went viral about him getting into a fight on an AC Transit Bus in Oakland, California. Later a mini-documentary was made about him titled I Am A Motherfucker. Now, a feature film titled Bad Ass has been made and is set to release in April 2012 starring Danny Trejo with the tagline: “They messed with the wrong senior citizen”.

A Decorated Vietnam hero Frank Vega returns home only to get shunned by society leaving him without a job or his high school sweetheart. It’s not until forty years later when an incident on a commuter bus (where he protects an elderly black man from a pair of skin heads) makes him a local hero where he’s suddenly celebrated once again. But his good fortune suddenly turns for the worse when his best friend Klondike is murdered and the police aren’t doing anything about it.