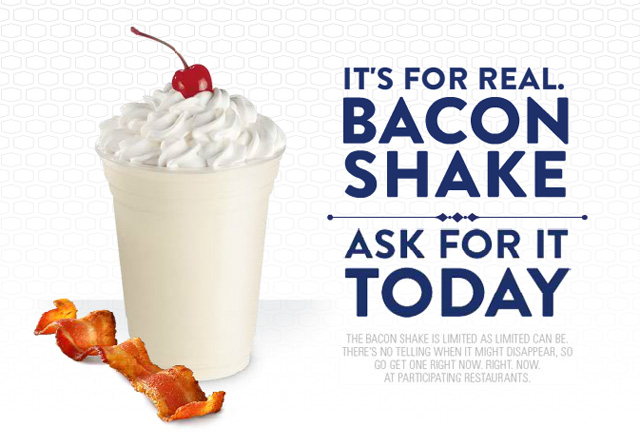 Fast food chain Jack in the Box is now serving the Bacon Shake, a limited edition bacon-flavored milkshake made with “real vanilla ice cream, bacon flavored syrup, whipped topping and a maraschino cherry”. It’s part of a bigger campaign called Marry Bacon which asks, “If you like bacon so much, why don’t you marry it?”. The campaign includes a bacon-centric Tumblr feed, a purchasable bacon tuxedo t-shirt and more.