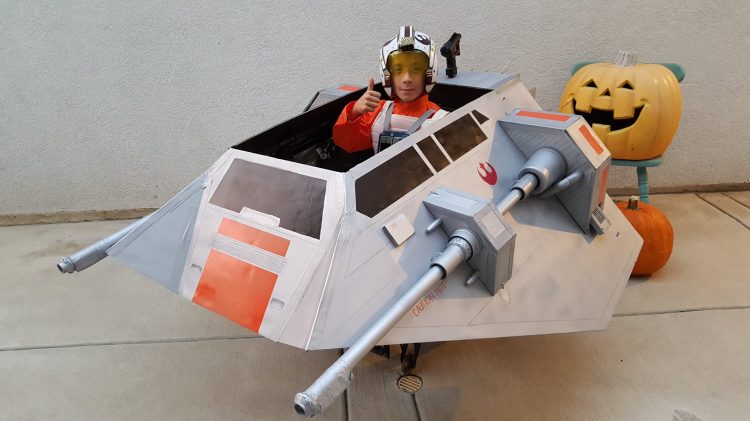 Awesome dad Ryan Scott Miller converted his son Jeremy’s wheelchair (he has spina bifida) into a Snowspeeder from the Battle of Hoth in Star Wars Episode V: The Empire Strikes Back.

Jeremy is a pilot in his very own snowspeeder from The Battle of Hoth from The Empire Strikes Back! Working flaps and the guns shoot glowing Nerf darts loaded with glow sticks! 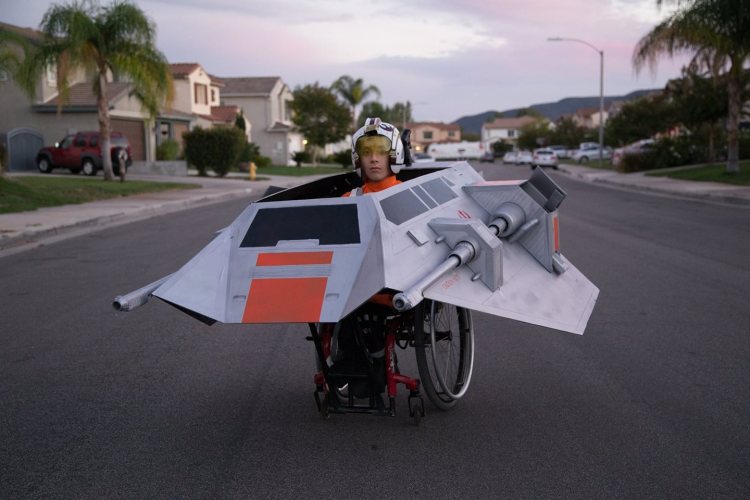 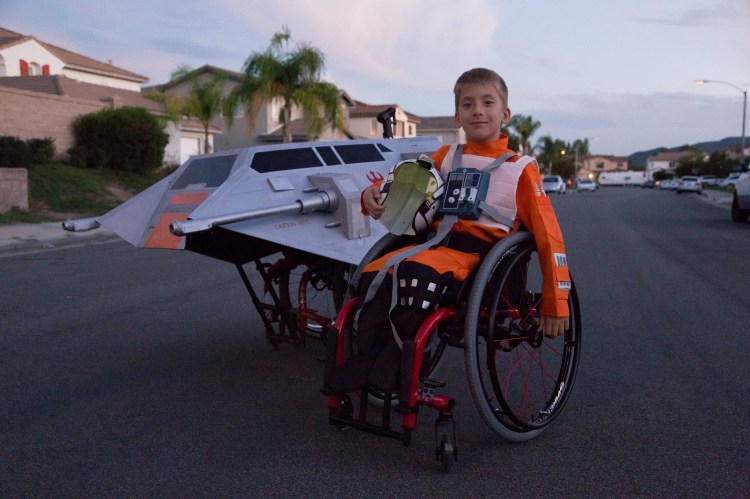