The “Augmented Hand Series” is a project by artists Golan Levin, Chris Sugrue, and Kyle McDonald that creates real-time visual “reimaginings” of a user’s hand, including extra fingers and autonomously waving digits.

Critically, the project’s transformations operate within the logical space of the hand itself, which is to say: the artwork performs “hand-aware” visualizations that alter the deep structure of how the hand appears.

The project made its debut at the 2014 Cinekid Festival in Amsterdam. 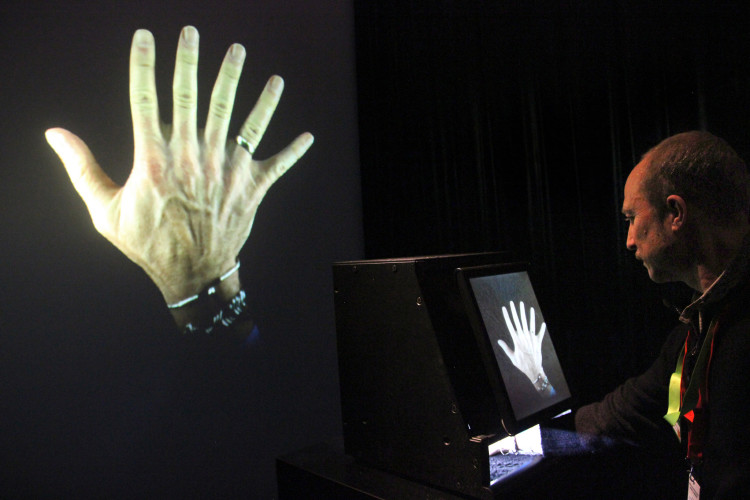 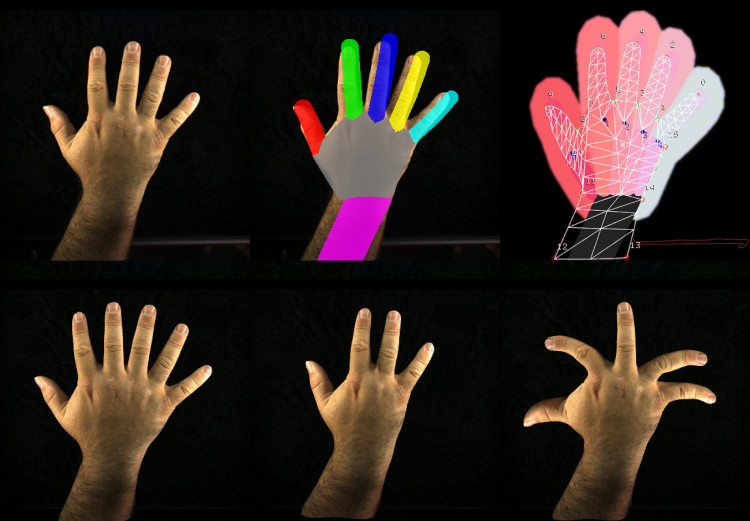 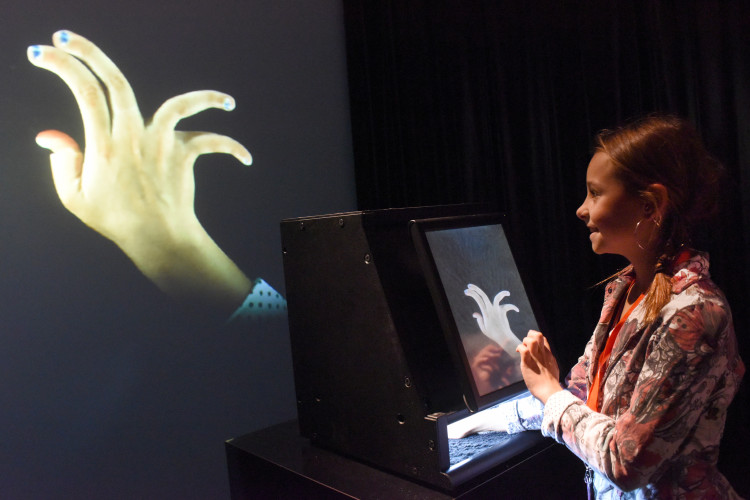