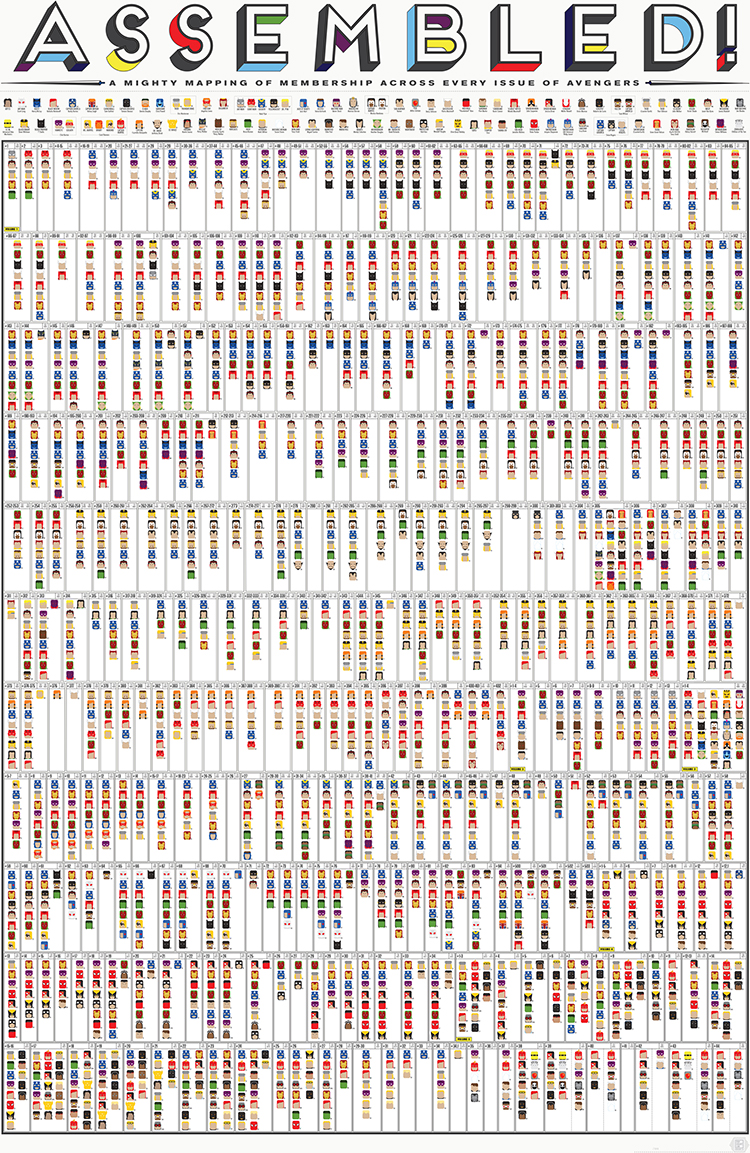 From #1 in September 1963 all the way through the “final” chapter in April 2015—that’s 583 issues in all—this chart of champions visually tracks (via 82 hand-drawn, heroic head icons) the full membership of every iteration of the esteemed super-squad. Featuring everyone from A-list legends like Captain America and Iron Man to forgotten footnotes like Gilgamesh and Dr. Druid, this titanic undertaking is a testament to the enduring power of Marvel’s premiere team. Excelsior! 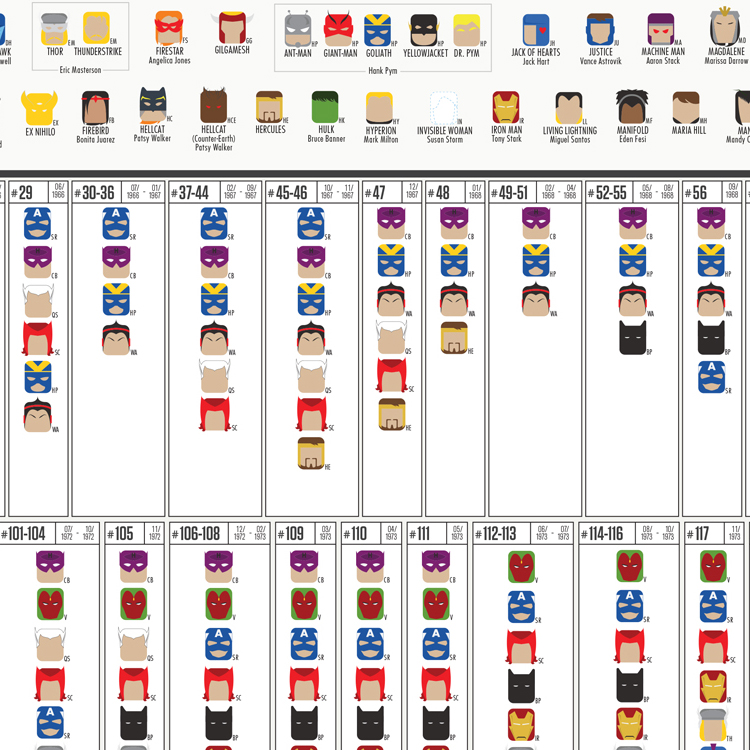