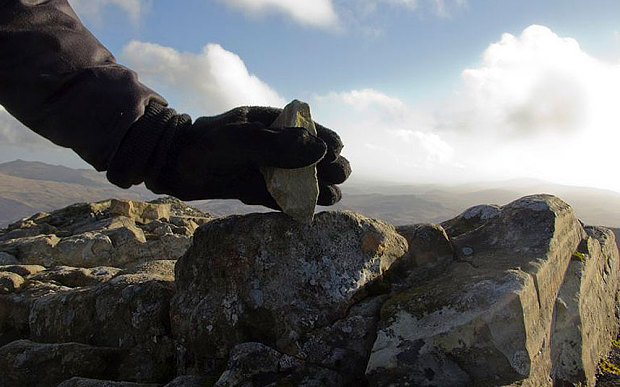 Ecuadorian artist Oscar Santillan is causing a ruckus in the United Kingdom with Intruder, an art installation consisting of a one-inch-tall stone. According to Santillan, the stone is the top inch of England’s tallest mountain, Scafell Pike (elevation 3,209 ft). Santillan presents the work as a commentary on humanity’s desire to categorize nature with various superlatives: the largest, the tallest, etc. However critics of the work describe it as vandalism. As Ian Stephens, managing director of Cumbria Tourism, puts it, “This is taking the mickey and we want the top of our mountain back.”

Intruder is on display at To Break a Silence into Smaller Silences, Santillan’s solo exhibition at Copperfield Gallery in London through May 9, 2015. Due to all the media attention, Santillan has posted a statement, which reads in part:

Collecting a pebble at the beach or a strange-looking rock during hiking is a very common sensitive thing people do guided by curiosity.
Earlier this month I had the pleasure of traveling to the Lake district and consequently to Scafell Pike to make my work. The view from the top was truly moving. My intention was to create a work that reflects the way in which humans have imposed their cultural categories over nature: the tallest, the largest, and all kinds of measurements.

No damage, vandalism, chiseling, or inappropriate behaviour towards nature took place in the making of this work. I do empathise with those who are truly concerned with the conservation of the British mountains. Hopefully this controversy becomes an opportunity to bring attention to these important concerns, rather than debating about a one-inch stone. 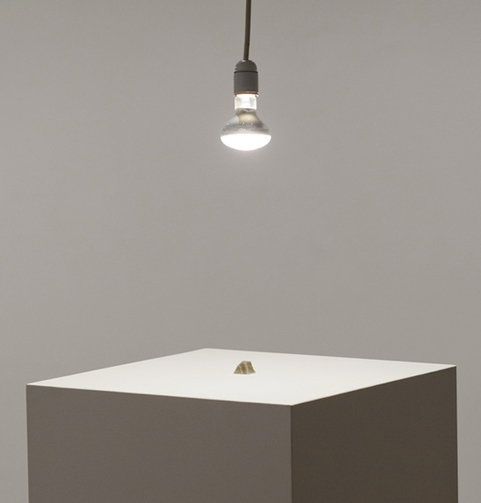 via Telegraph, Nothing To Do With Arbroath