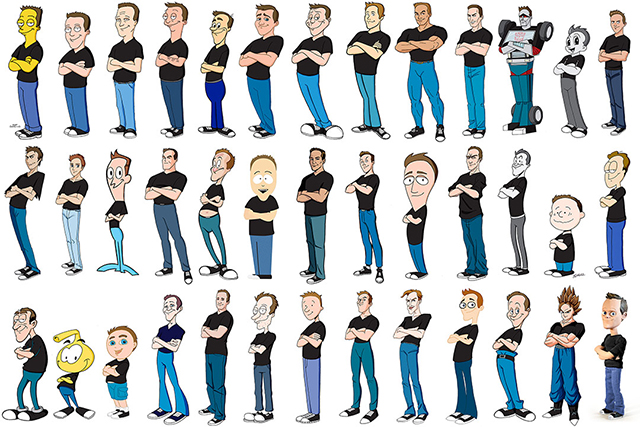 Aspiring animator and character designer Kevin McShane has spent the past 2 years drawing self-portraits of himself in the style of 100 different famous cartoonists and animators. You can view all 100 drawings at his site.

Since the dawn of animation, few characters have proved more enduring than Cartoon Kevin. Based on real-world cartoonist and animator Kevin McShane, Cartoon Kevin has found his way into the work of almost every significant animator and animation studio from Windsor McCay to Walt Disney, from Osamu Tekuza to Pixar. With his signature black t-shirt, blue jeans, and Chuck Taylor sneakers, Cartoon Kevin has delighted audiences from movie to television screens worldwide for over 100 years.