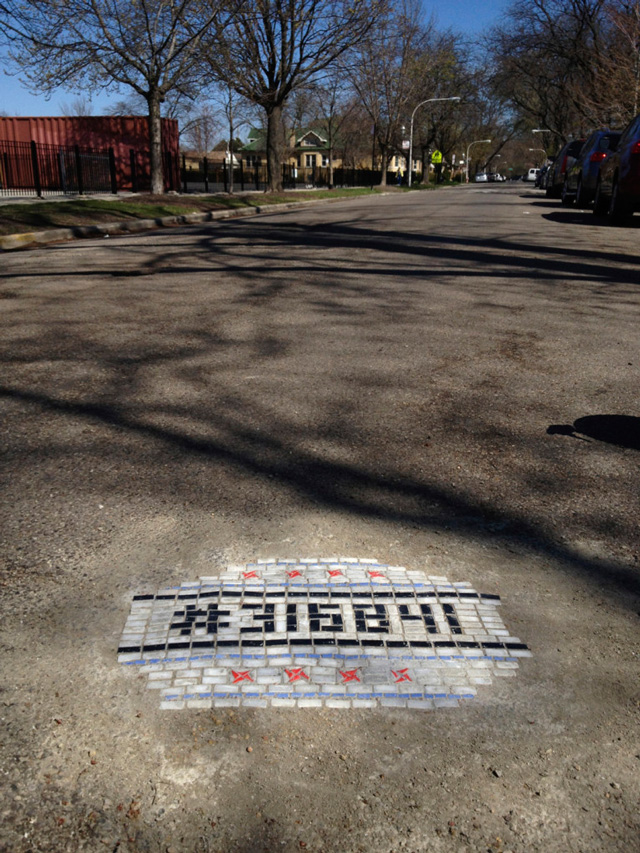 After witnessing the ancient mosaics of Pompeii, Chicago-based artist Jim Bachor was inspired to create his own mosaic art with a modern twist. He’s created all manner of portraits and pop culture imagery out of colorful tiles, but in 2013 he found a new application. He’s been filling in potholes in Chicago with mosaics. The mosaics are based on the design of the Chicago flag (white and blue stripes with red stars) and feature fake serial numbers or the word “Pothole.” He’s posted the addresses of his pothole mosaics on his site. 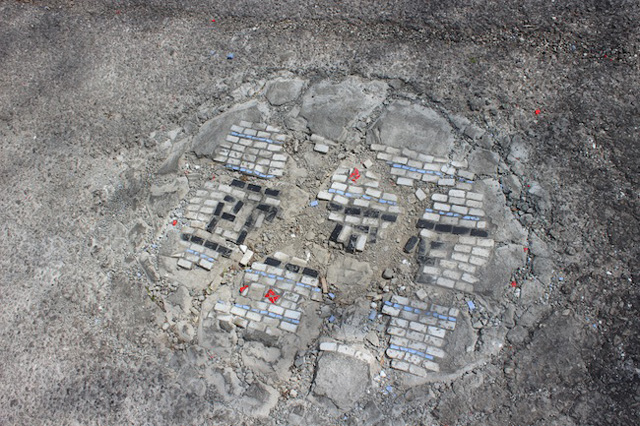 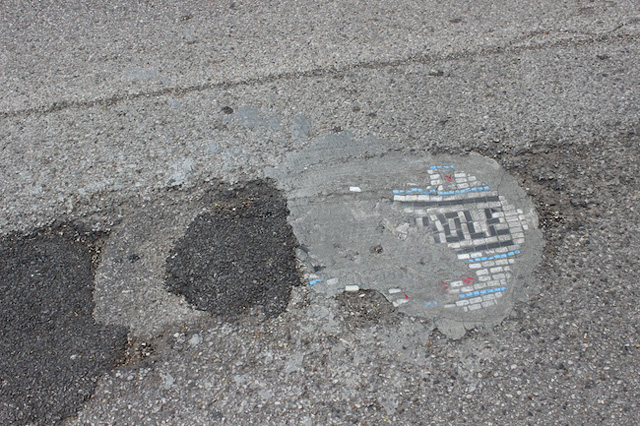