Back in 2012, artist Genea Barnes embarked on a 6,000-mile road trip around the U.S. to document ghost bikes, the white memorial bicycles that mark sites where cyclists have been seriously injured or killed. During the trip, which marked the beginning of her Ghost Bike Project, Barnes photographed more than 65 bikes. She has since created an art series with the photos, in which she has added ghostly figures and other ethereal effects. Barnes is compiling her art and writings from the project in an upcoming book, which she is financing with a Kickstarter project. Barnes’ ghost bike art is also on display for the month of November at two venues in Brooklyn: Reconnect Cafe and Iona Bar. 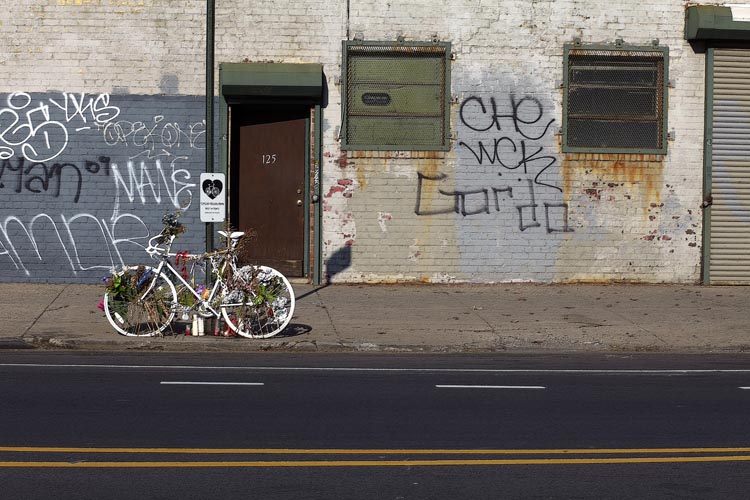 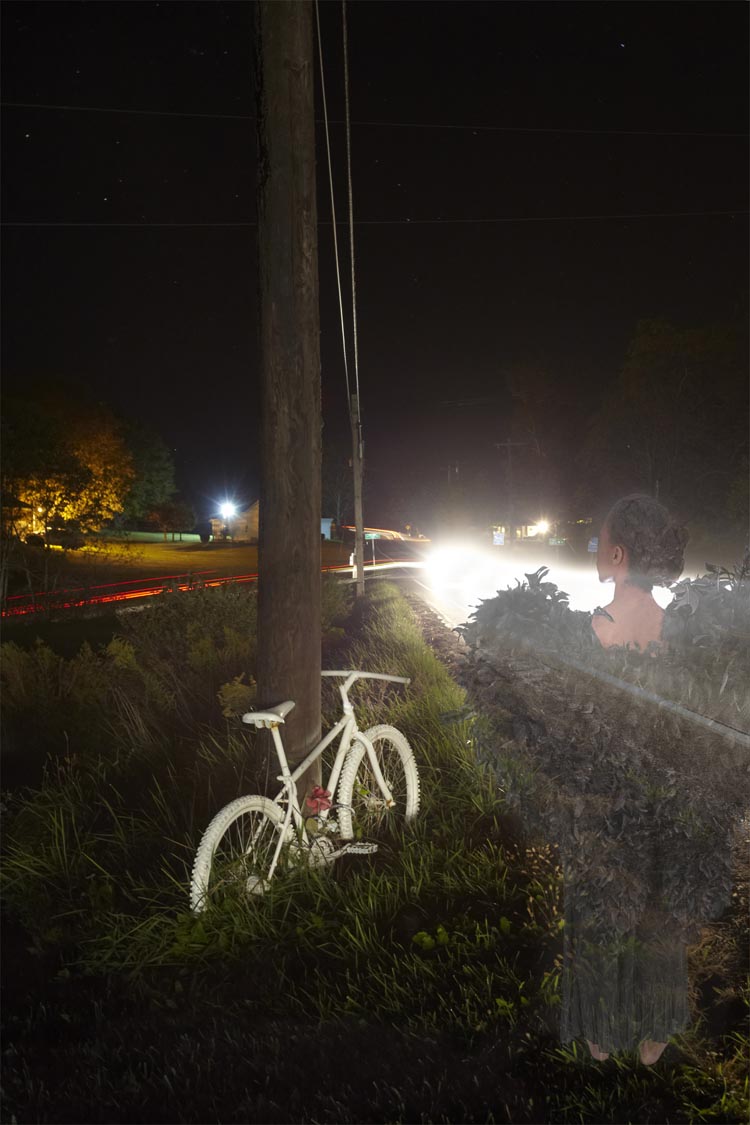 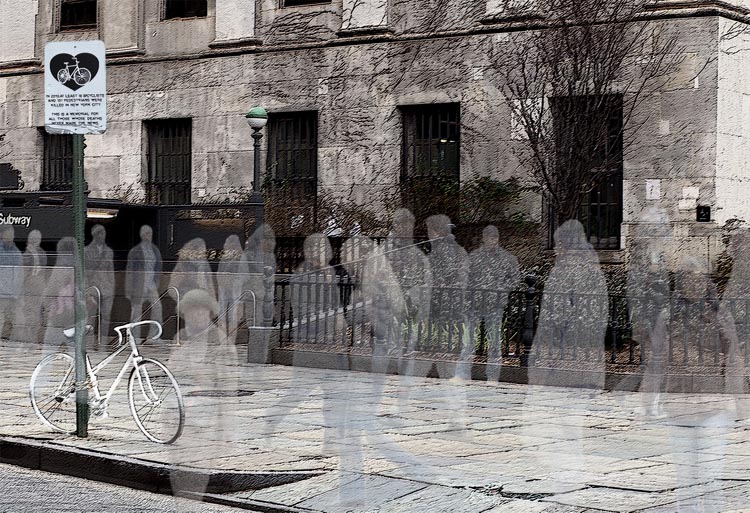