When I arrived in New York for the first time, it was pouring. Maybe that’s why, to my mind, there’s no place on earth where being stuck in traffic on a rainy day is more beautiful. 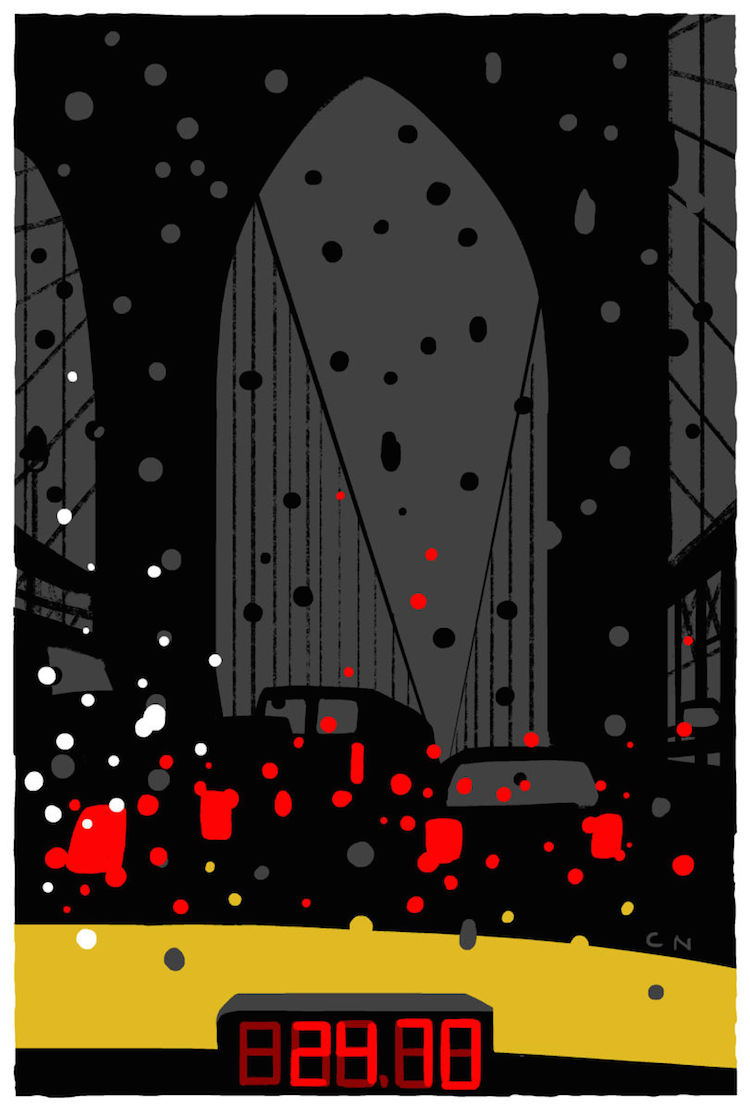 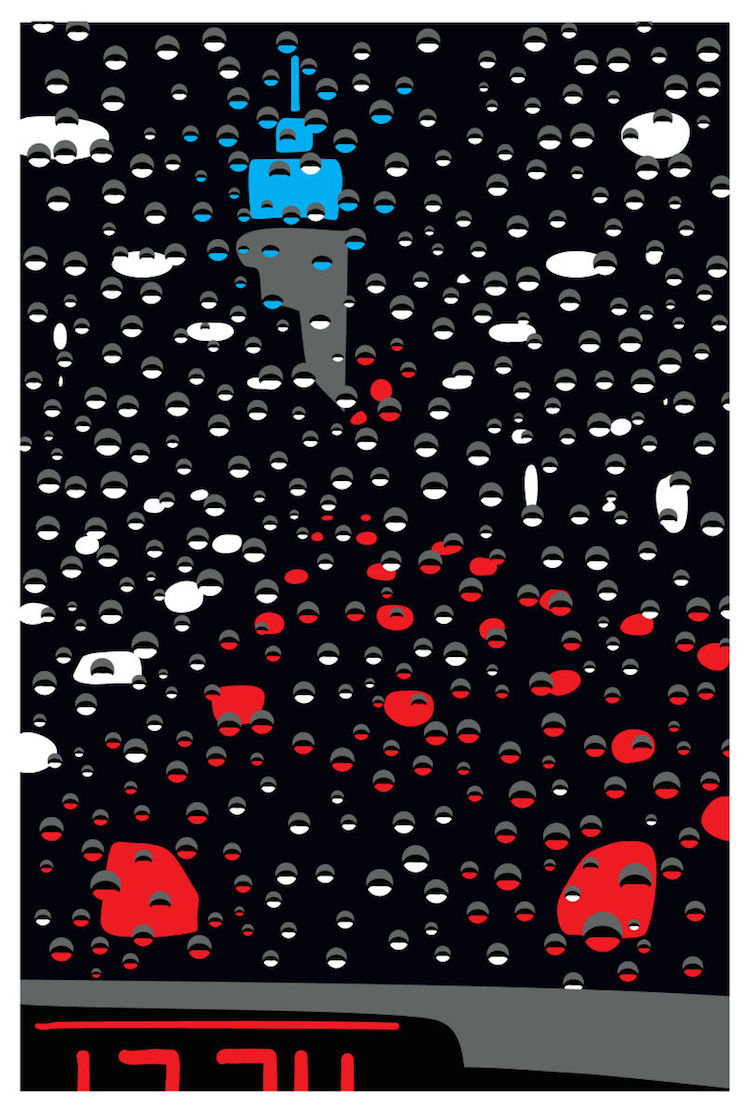 images via The New Yorker