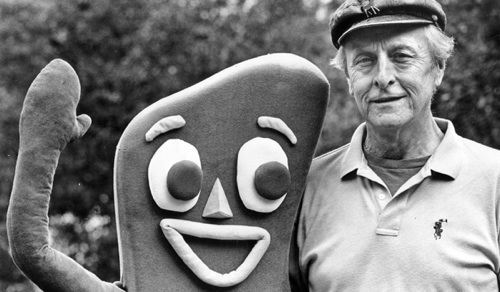 Art Clokey, a pioneer in stop motion clay animation, died at age 89 on Friday at his home in Los Osos, CA. He was best know for creating the animated character Gumby.

In 1953 while studying at USC, Art created “Gumbasia”, his first short film featuring stop motion clay animation. It was made as parody of Walt Disney’s “Fantasia”.

In 1955 Art created “Gumby’s on the Moon”, a pilot for what eventually would become the NBC television series “The Gumby Show” which ran for 35 years.