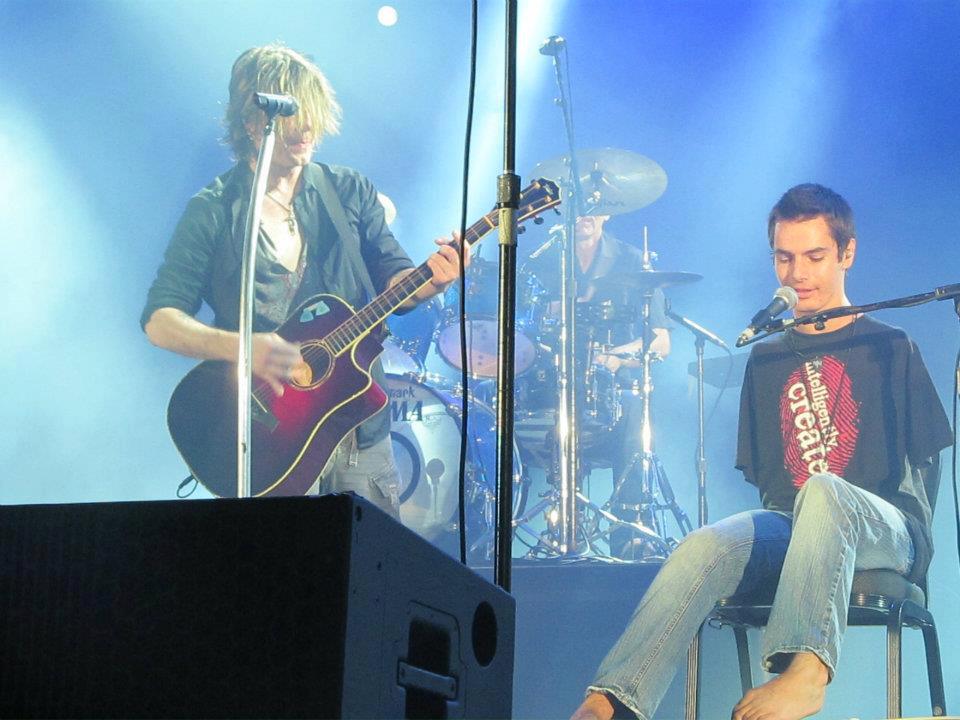 Despite being born armless, Virginia-based George Dennehy learned to play the guitar with his feet. He recently covered Iris by the Goo Goo Dolls at the 2012 Strawberry Faire in Ashland, Virginia, which gained a lot of attention on the internet. The video of that performance inspired the band to ask him to play live onstage with them at Musikfest 2012 in Pennsylvania this past weekend.

You can see more of his videos at his YouTube channel.