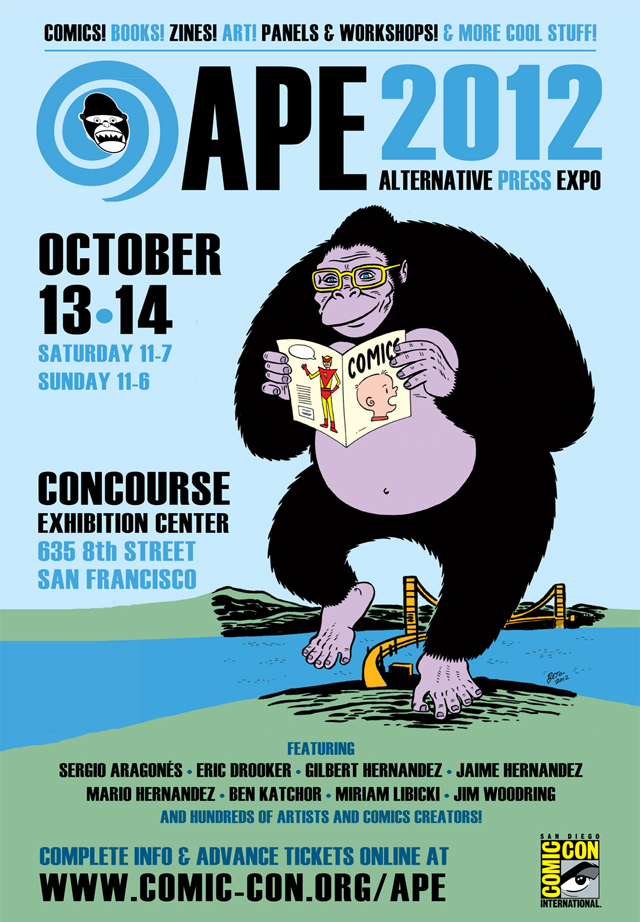 APE 2012, the Alternative Press Expo presented by Comic-Con International is an independent publishing and comics conference that will take place on Saturday, October 13, 2012 and Sunday, October 14, 2012 at the Concourse Exhibition Center in San Francisco. You can view a complete list of APE 2012 exhibitors at their official website.

This year’s featured guests include:

Sergio Aragonés (MAD magazine, Groo the Wanderer) in his first-ever APE appearance; Eric Drooker (Flood, Blood Song); all three Hernandez Brothers in celebration of the 30th anniversary of Love & Rockets, Gilbert, Jaime, and Mario; Ben Katchor (Julius Knipl, The Cardboard Valise), Miriam Libicki (jobnik!); and Jim Woodring (Jim, Weathercraft). All of these superstar comics creators will be featured in programs and will be signing all weekend long.