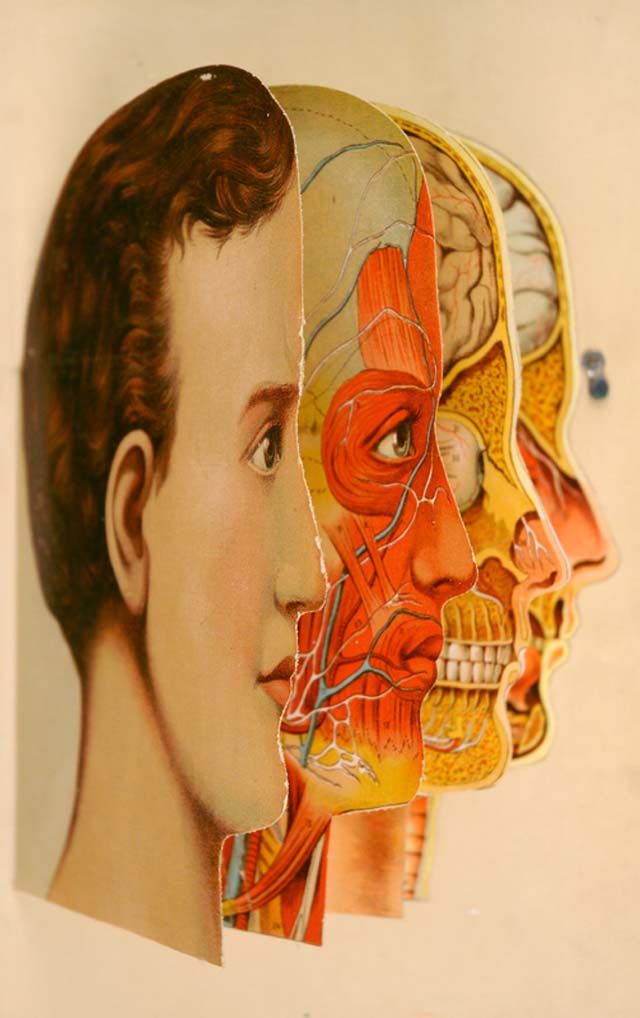 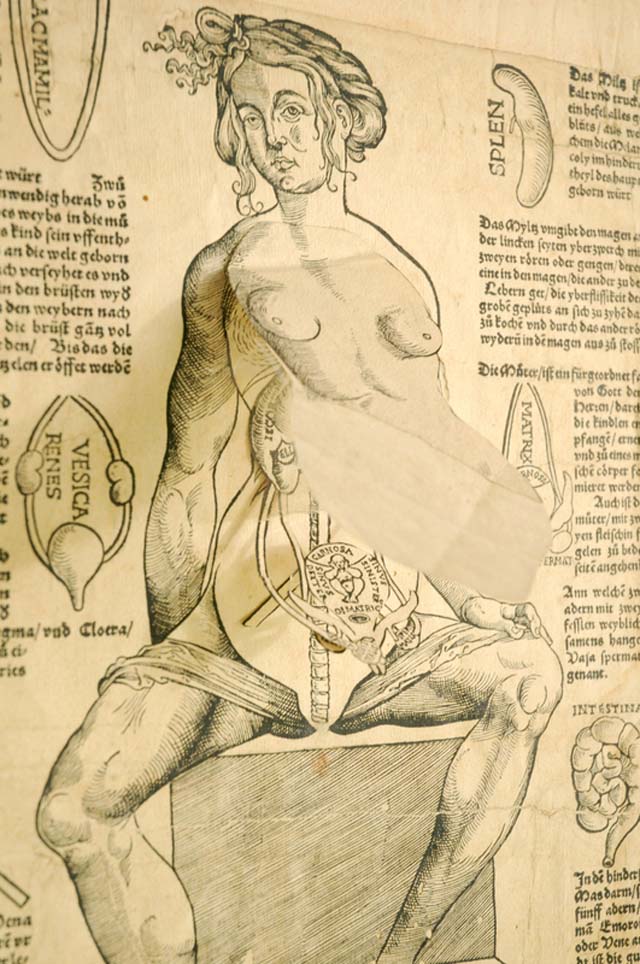 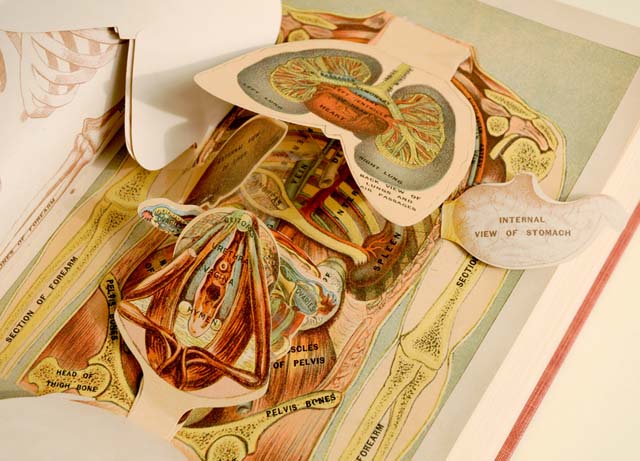 Animated Anatomies is an exhibition of anatomical flap books, scholarly predecessors to the children’s pop-up book that were used for medical education as far back as the 16th century. The exhibition is ongoing at the Duke University Perkins Library through July 17, 2011.

Animated Anatomies explores the visually stunning and technically complex genre of printed texts and illustrations known as anatomical flap books. These publications invite the viewer to participate in virtual autopsies, through the process of unfolding their movable leaves, simulating the act of human dissection. This exhibit traces the flap book genre beginning with early examples from the sixteenth century, to the colorful “golden age” of complex flaps of the nineteenth century, and finally to the common children’s pop-up anatomy books of today.