Animals Eatings Animals is a new six-episode web series by ANIMAL New York that “follows the culinary adventures” of chef Jeffrey Ryan Creager of New York City’s The Beagle and bartender Jan Warren of the bar, Dutch Kills. Episode 1 of the series has been released and is titled Foie Gras Donuts.

The pair ride their bikes through New York’s boroughs seeking out the strangest, most interesting meat dishes the city has to offer. In the first episode they travel to Bed Stuy’s Do or Dine to overindulge on the signature dish, the Foie Gras Donut, as prepared by the eatery’s own Justin Warner, current winner of Food Network Star. 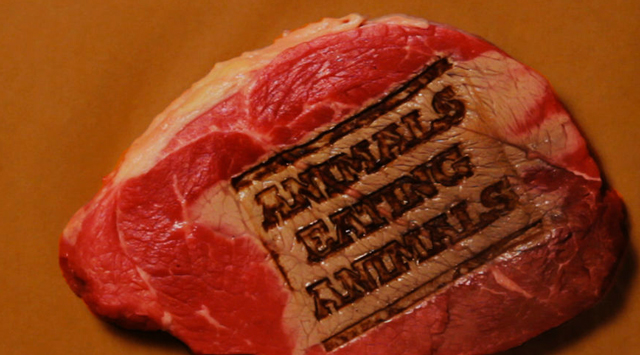