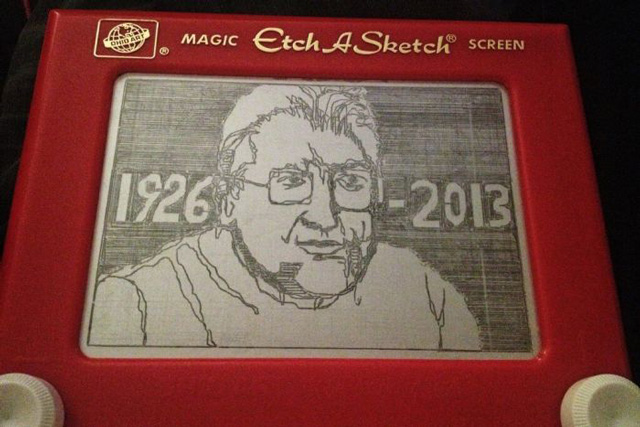 André Cassagnes, the creator of the Etch A Sketch mechanical drawing toy, died at the age of 86 on January 16. According to Cassagnes’ obituary in The New York Times, more than 100 million Etch A Sketch toys have been sold and, in 1998, it was inducted into the National Toy Hall of Fame.

André Cassagnes was born in 1926…As a young man, he took a job as an electrical technician in a factory that made Lincrusta, a deeply embossed covering applied to walls and other surfaces to mimic sculptural bas-relief.

One day in the late ’50s, as was widely reported afterward, Mr. Cassagnes was installing a light-switch plate at the factory. He peeled the translucent protective decal off the new plate, and happened to make some marks on it in pencil. He noticed that the marks became visible on the reverse side of the decal.

In making its faux finishes, the Lincrusta factory also used metallic powders; Mr. Cassagnes’s pencil had raked visible lines through particles of powder, which clung naturally to the decal by means of an electrostatic charge.

1973 commercial for Etch A Sketch 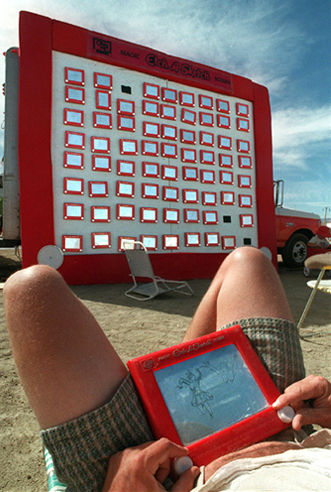