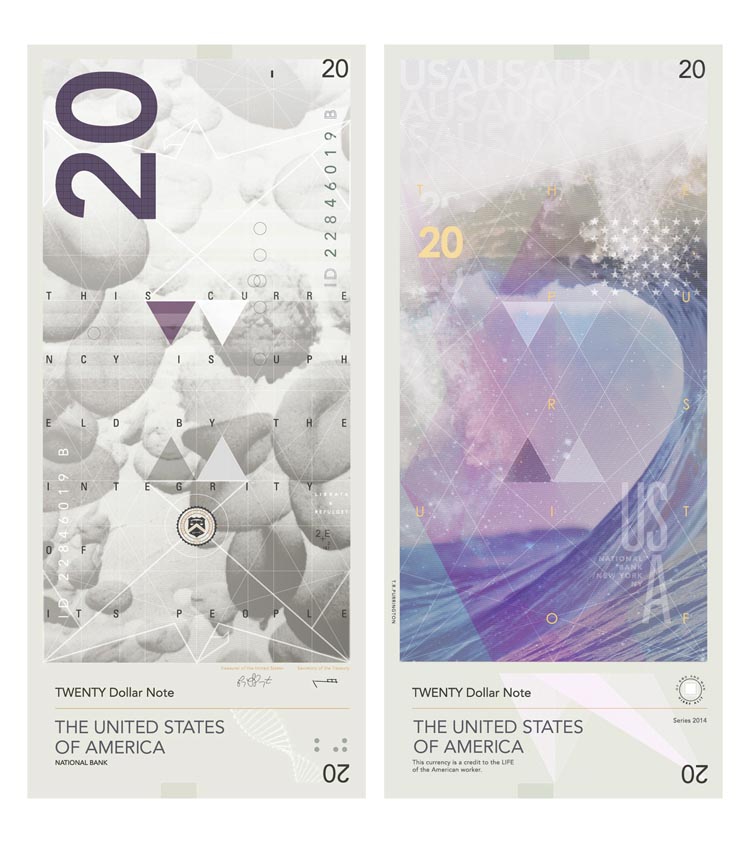 Graphic designer Travis Purrington has created an ultra-modern design proposal for United States dollar banknotes. In his proposal, Purrington chose a forward-looking theme of human advancement and discovery, rather than the historical focus of United States currency. The bills also increase in size based on their denomination, a feature that is found in many contemporary currencies, including the euro and the Swiss franc. Purrington took his inspiration from the franc, which is redesigned relatively frequently (the current banknotes are the 8th series since 1907). Purrington, an American, created the design proposal for his master’s thesis at the Academy of Art and Design in Basel, Switzerland. 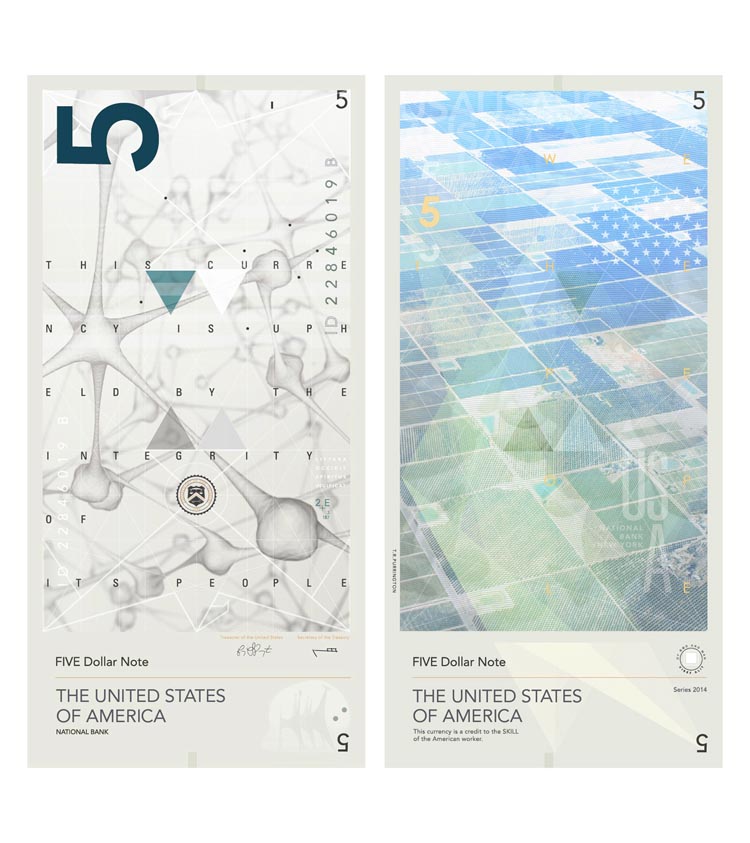 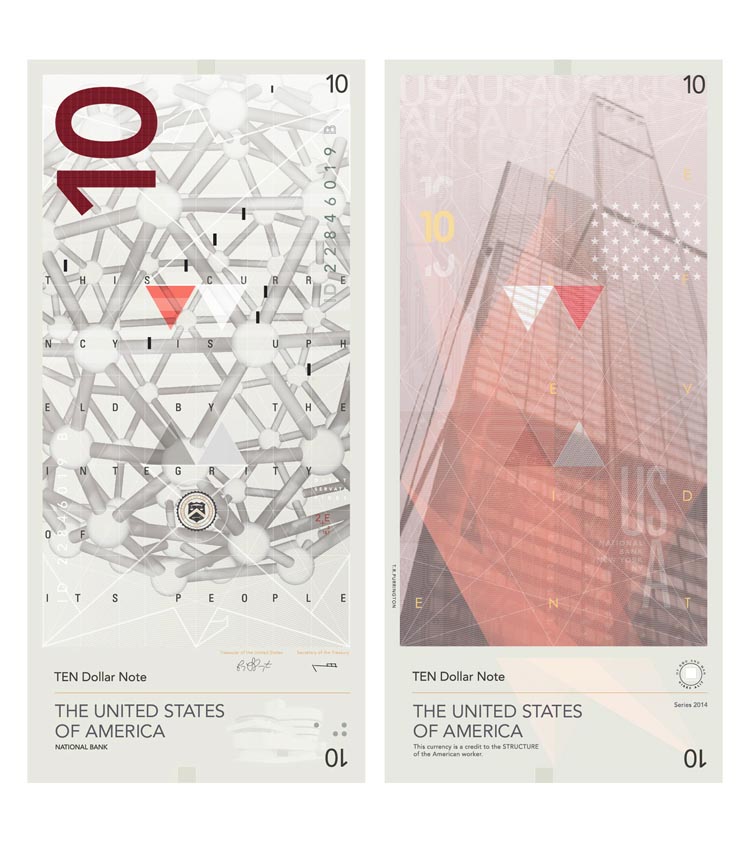 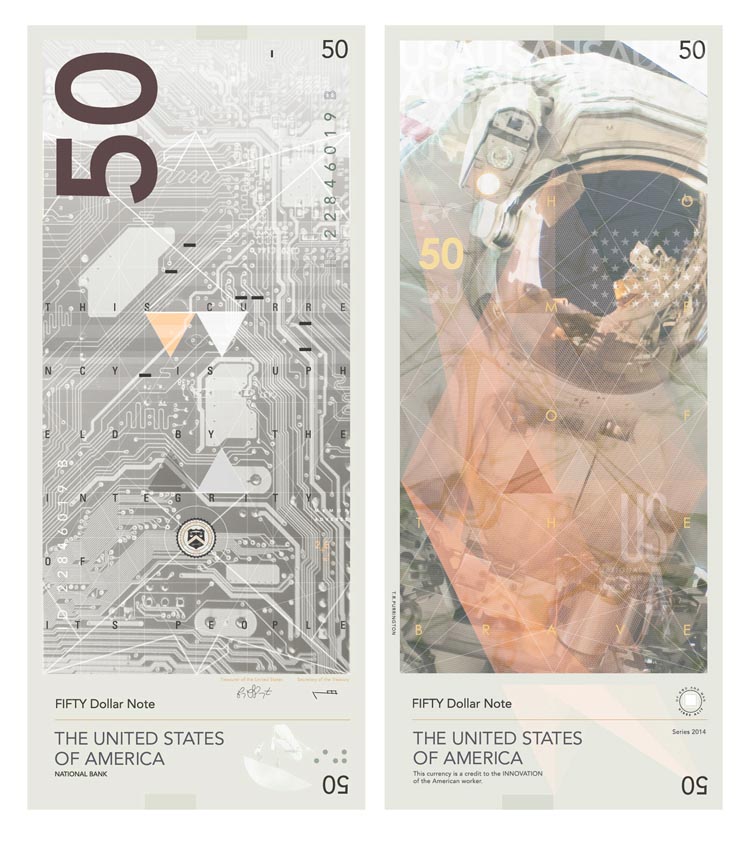 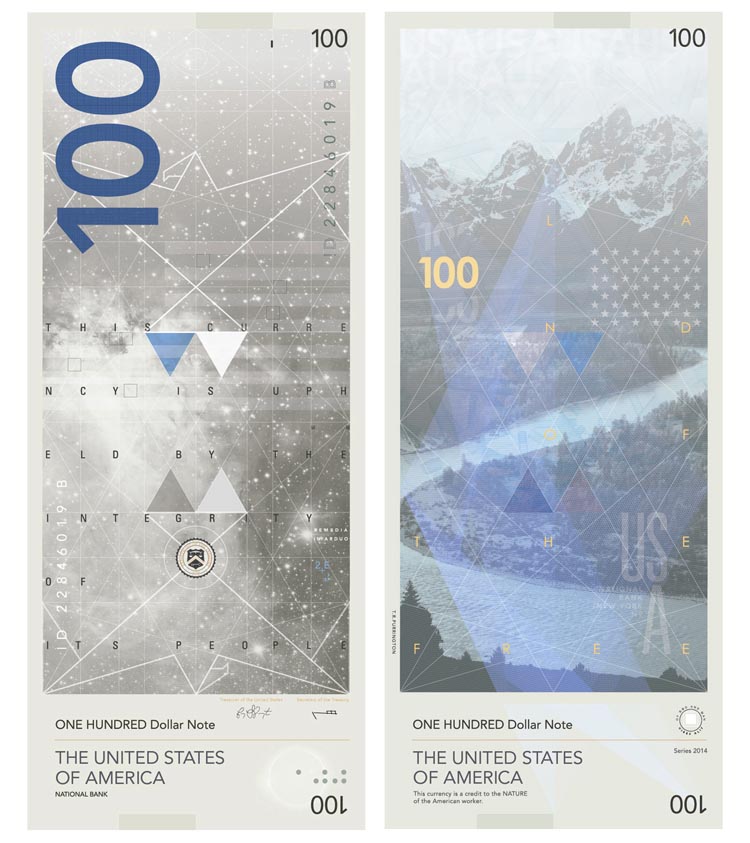