Mechanical engineering professors Larry Howell and Terri Bateman and their colleagues at Brigham Young University have developed an origami-inspired ballistic shield that can be easily transported and quickly deployed to stop bullets and protect law enforcement. Howell and Bateman say their prototype can be deployed in five seconds, weighs about half as much as steel barriers currently in use, and was able to stop bullets from 9mm, .357 Magnum and .44 Magnum handguns in testing.

The barrier uses a Yoshimura origami crease pattern that allows it to be both quickly deployed and easily folded down to a portable size when not in use. The pattern also shapes the barrier around the person it’s protecting, offering more protection than a flat design.

In addition to protecting police officers, researchers believe the barrier could be used to protect children in a school or a wounded person in an emergency situation. Although the ballistic barrier is now just in prototype form and not currently in use by any law enforcement agencies, Howell and Bateman have tested it with officers on site. The response has been positive so far. 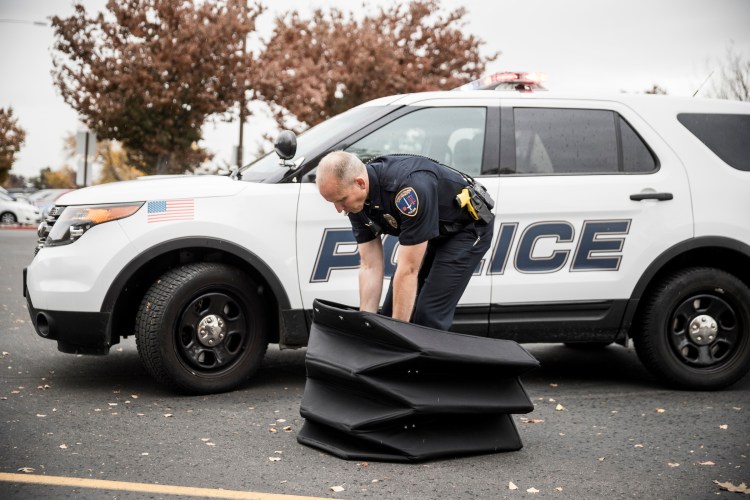 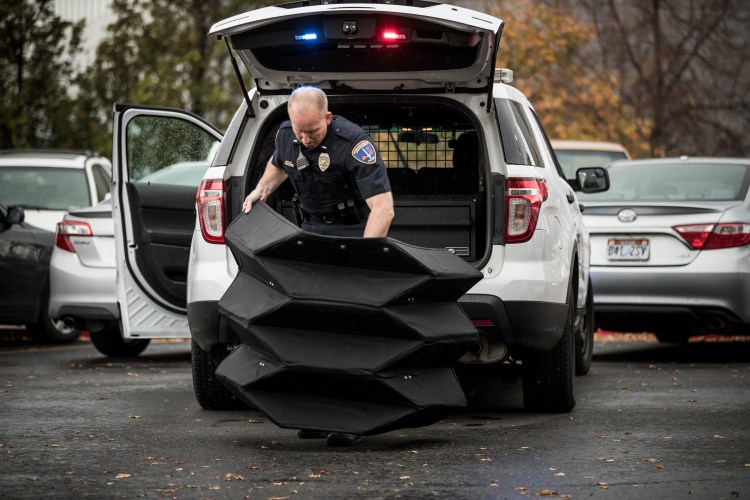