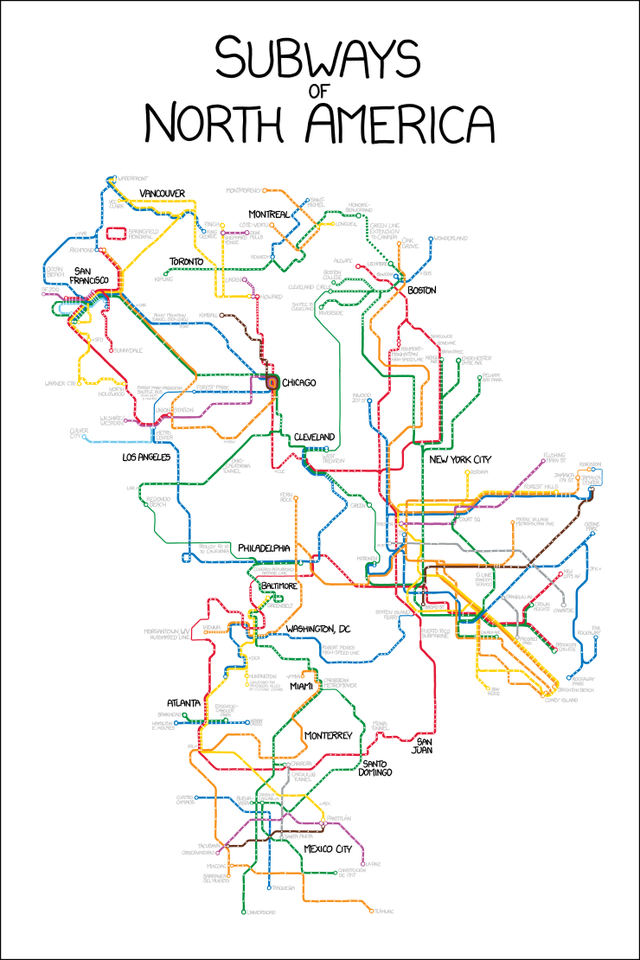 The latest xkcd comic features a detailed map of all the subways in North America. According to the comic, about one in three subway stops in North America is in New York City. Here’s a larger version of the map.

For the pedantic rail enthusiasts, the definition of a subway used here is, with some caveats, “a network containing high capacity grade-separated passenger rail transit lines which run frequently, serve an urban core, and are underground or elevated for at least part of their downtown route.” For the rest of you, the definition is “a bunch of trains under a city.”