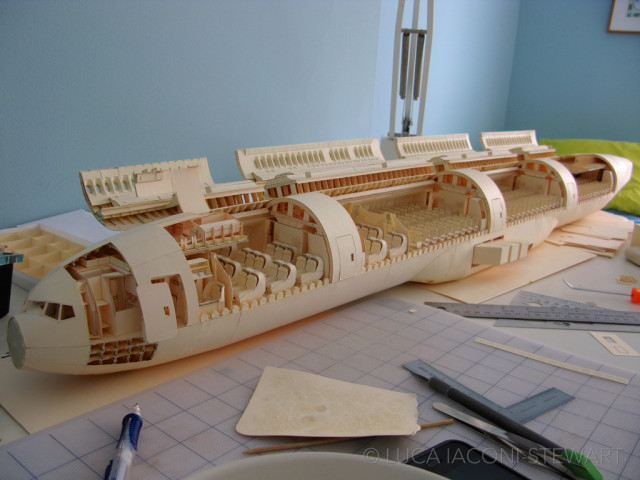 Luca Iaconi-Stewart is building a jaw-droppingly detailed 1:60 scale model of a Boeing 777 out of manila folders. He has been working on the model on and off for the past five years and even dropped out of college to work full time on it (he expects to finish it in early 2014). His attention to detail is just astonishing—the landing gear retracts, the interior is fully outfitted with seats, even the doors can be opened and are meticulously detailed. Be sure to check out Iaconi-Stewart’s photos of his creation on Flickr, and this time-lapse of him painting the model in Air India livery.