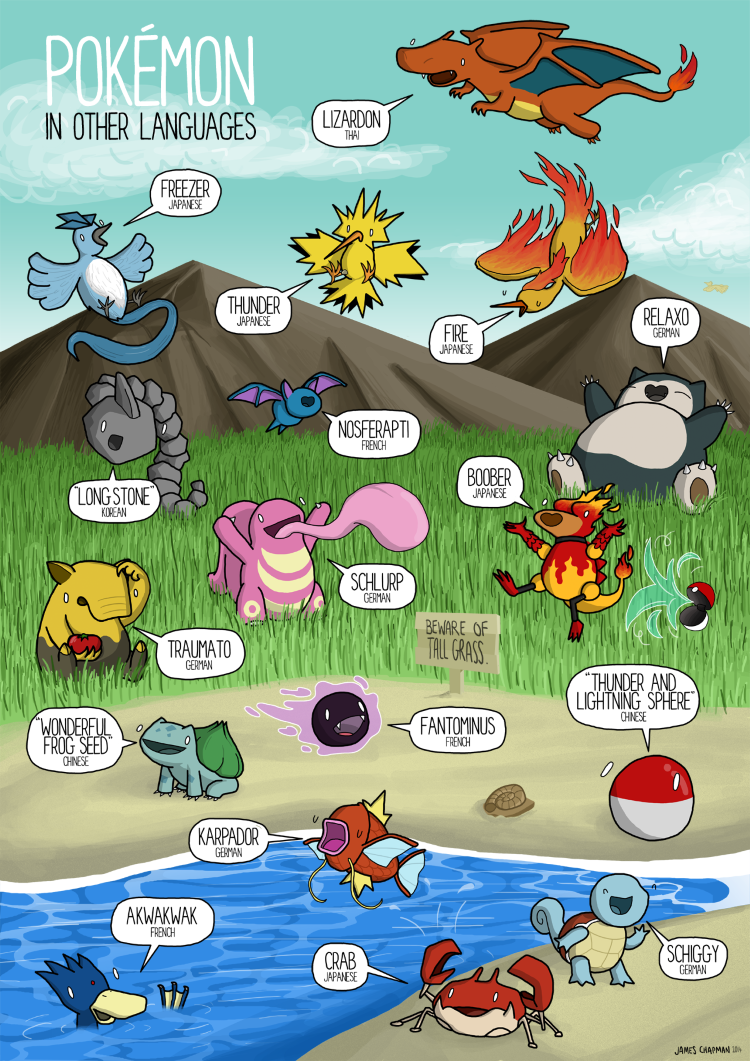 “Pokemon in Other Languages” is an illustration by Manchester-based artist James Chapman (see previously) that features the meaning of various Pokémon names from the Pokémon video game franchise in other languages. The illustration is available as a print in Chapman’s Etsy shop.

Pokemon can only say their own names, right?
But it turns out their names change depending on what language they’re speaking.