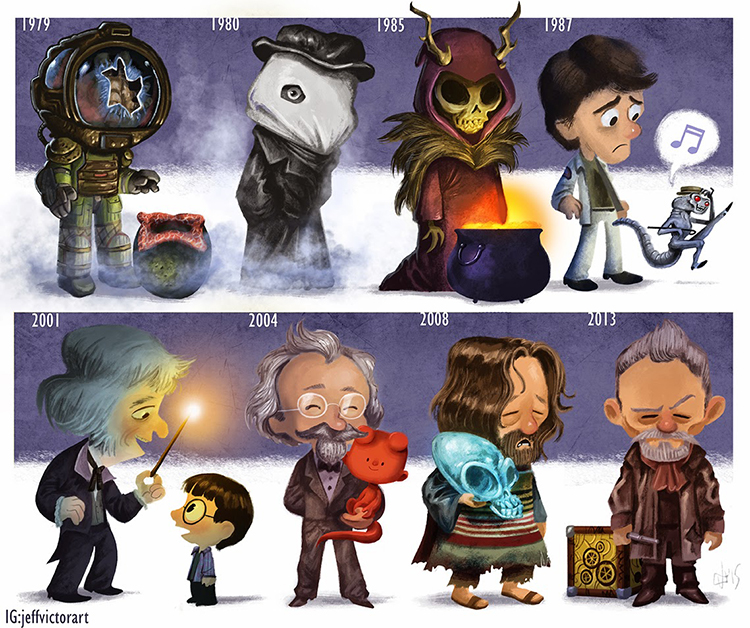 Los Angeles-based artist Jeff Victor has created a fantastic illustrated timeline featuring actor John Hurt and the evolution of his iconic roles in movies. Prints are available to purchase from his online store.

One of the most versatile and talented thespians of his generation, John Hurt has been turning out one amazing performance after another for decades. Probably best known as Kane, the first victim of the Xenomorph in ‘Alien‘, he’s well-known to a whole new generation of younger viewers from his roles in movies like ‘Harry Potter‘, ‘Hellboy‘, and ‘Indiana Jones 4‘. This is my tribute to a brilliant actor. What’s your favorite John Hurt performance?

UPDATE: Got an email this morning from John Hurt’s personal assistant. Apparently he saw the illustration and wants a print. Ok, that just completely made my day! O_O