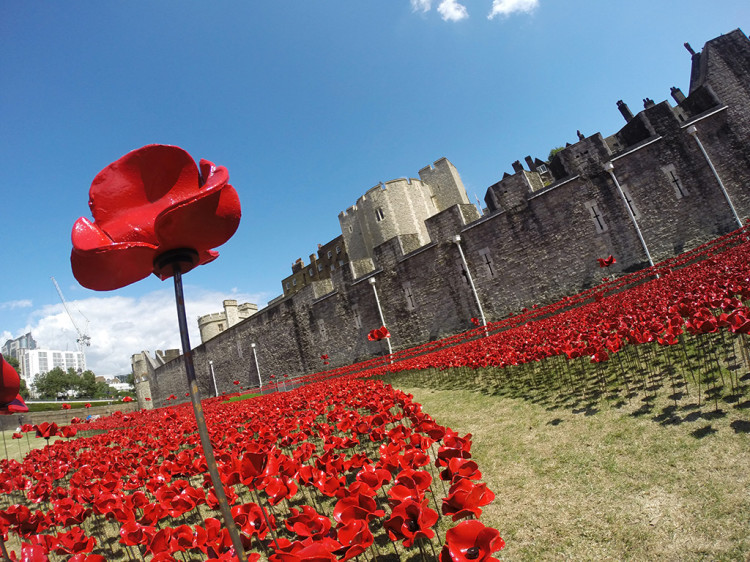 “Blood Swept Lands and Seas of Red” is a visually striking outdoor installation at the Tower of London by artist Paul Cummins of 888,246 ceramic poppies built to commemorate Britain’s involvement in World War I. The red poppies each represent a British or British Colonial military fatality from the war — over the course of the installation, the poppies will be gradually added until the final day, when the last poppy will be ceremonially placed.

The installation opens on August 5th, 2014, the 100th anniversary of Britain’s first full day of involvement in World War I. It ends on November 11th, the day that the Armistice was signed in 1918, marking the end of the war. The poppies will be available for purchase after the exhibition, with proceeds to benefit six UK charities. 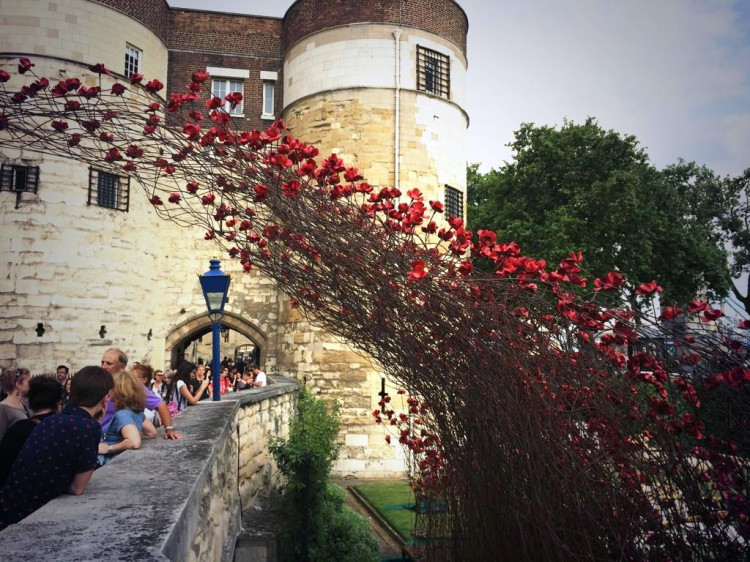 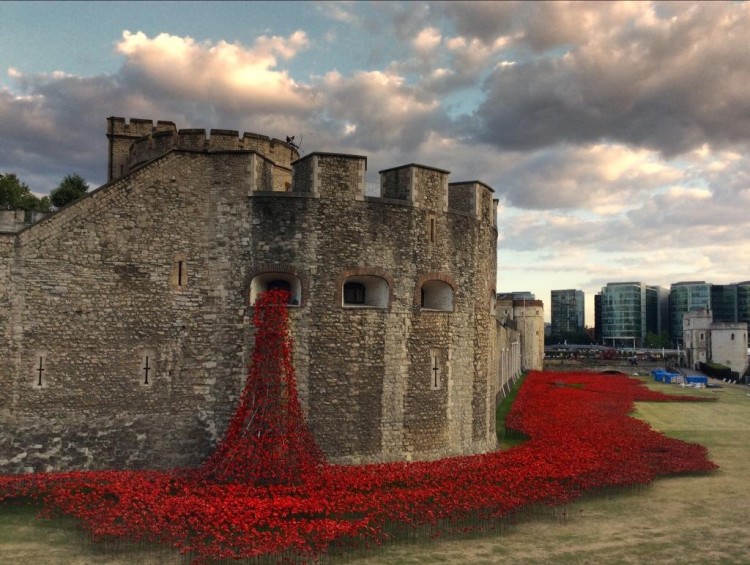 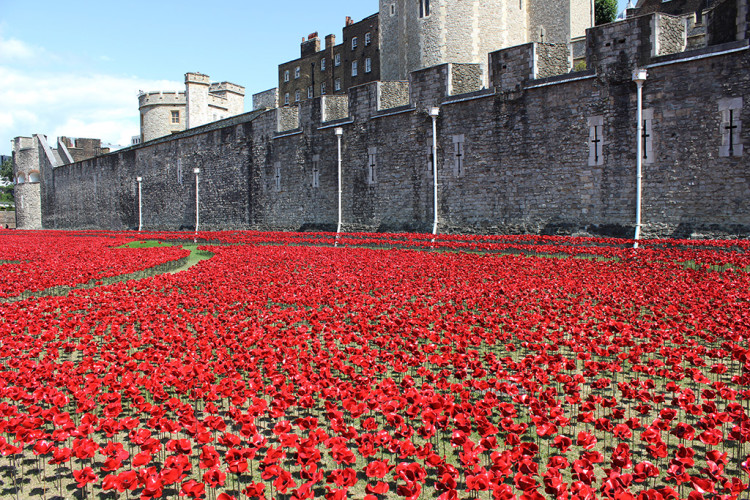