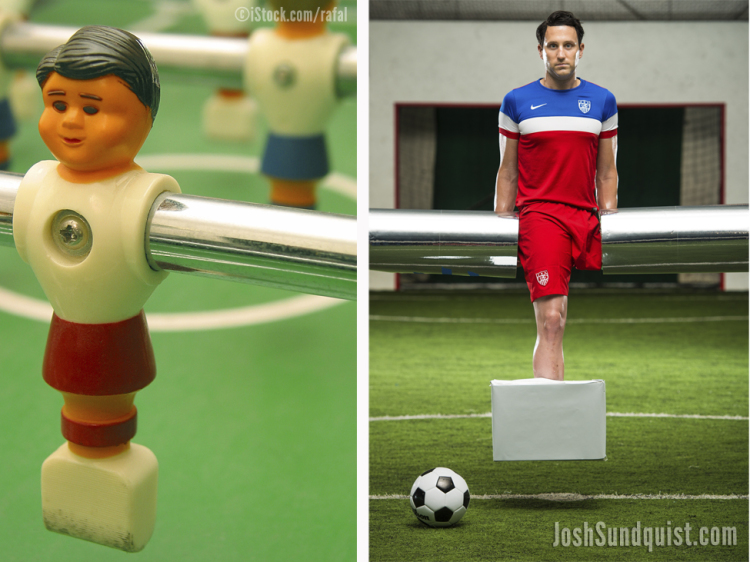 For Halloween this year, Paralympic athlete and leg amputee Josh Sundquist has made himself a foosball (table soccer) player costume, complete with the curious mono-leg found on the typical foosball player. Sundquist has been creating Halloween costumes that cleverly take advantage of his missing left leg for the past several years — we posted about his costumes back in 2013.