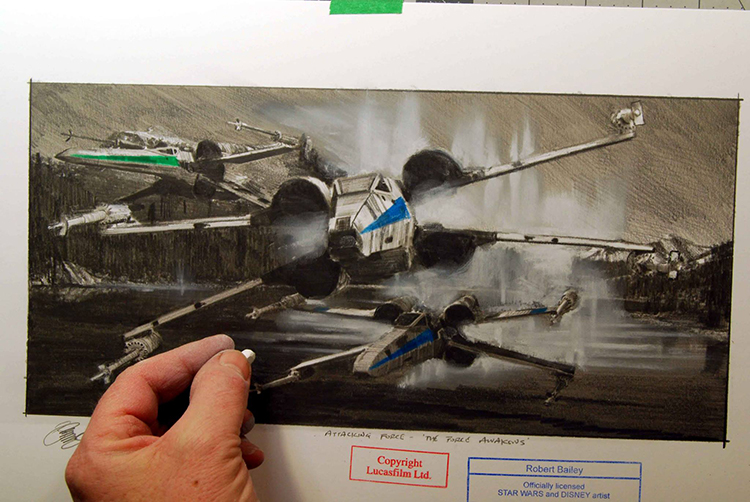 During an interview with Star Wars Episode 7 News, artist Robert Bailey wanted to make it clear that “These are not ‘concept’ sketches for the new movie, although he has been doing Star Wars panels for some years.”

“I was doing them directly for George Lucas, who wanted to review them for large oil canvases which I later did for his private art collection. All the sketches I am doing are, well, not exactly for fun, as this is my full time job, ….but for sale, mostly at Comic Conventions to avid Star Wars fans, who wish to own an original piece of SW artwork. No prints are allowed. Originals only.” 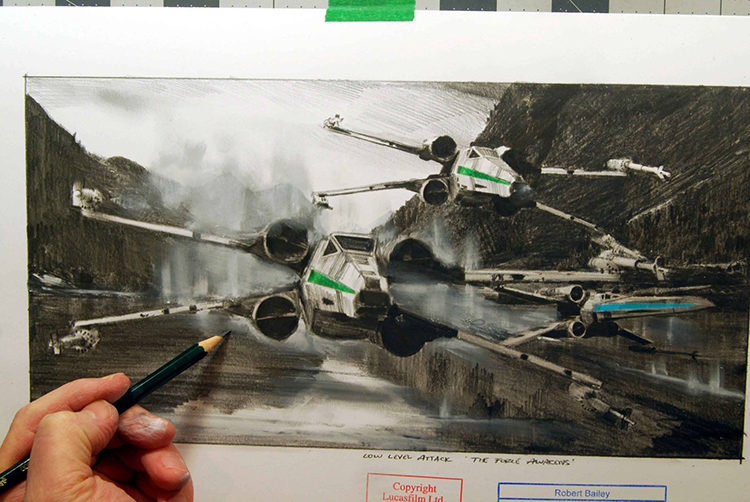 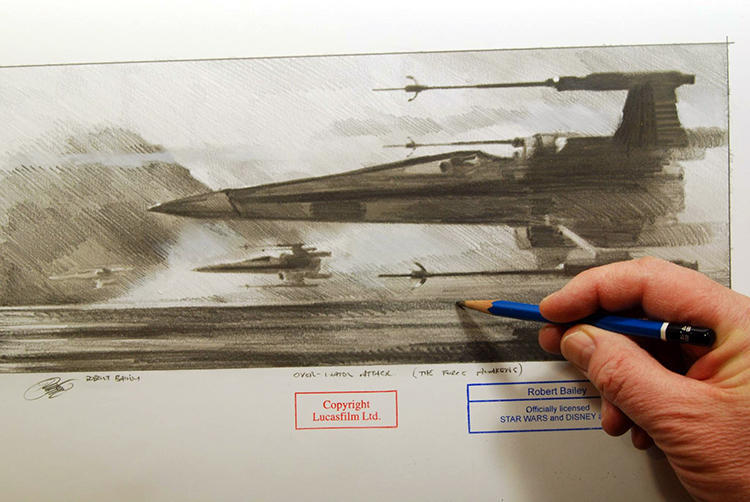