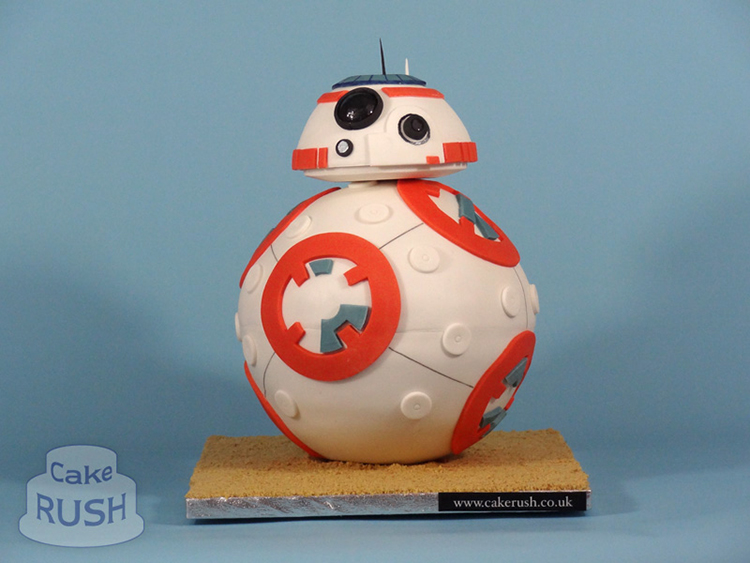 Hertfordshire, England-based cake designers Mike and Angela Rush of CakeRush have recently created a fantastic cake in the shape of BB-8, the rolling spherical droid from the first teaser trailer released for Star Wars Episode VII: The Force Awakens. More photos of the cake are available to view on the CakeRush Facebook page and the official website, with behind-the-scenes images available at Nerdist.

In the trailer for Star Wars Episode VII we are introduced to a new character – a ball-shaped, rolling droid named BB-8. We challenged ourselves to try and make him in cake form!

The main problems were 1) he’s only in the trailer for a second and is moving the whole time, and 2) he’s a ball! So, with a lot of guesswork to fill in the missing details, here is the result. It’s our first ball-shaped cake and we’re pleased to note that it’s still nice and round!

BB-8 stands on a sand base and has a moveable head. All of the body detailing had to be guessed at, since in the video he’s all blurred. 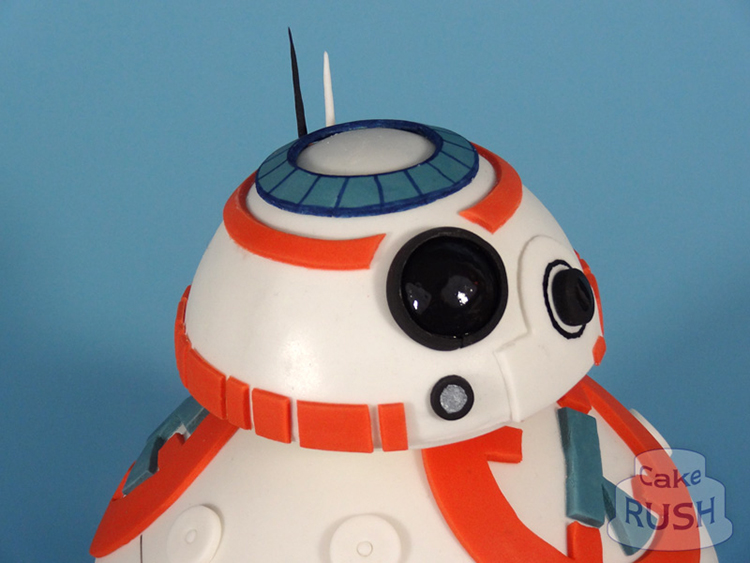 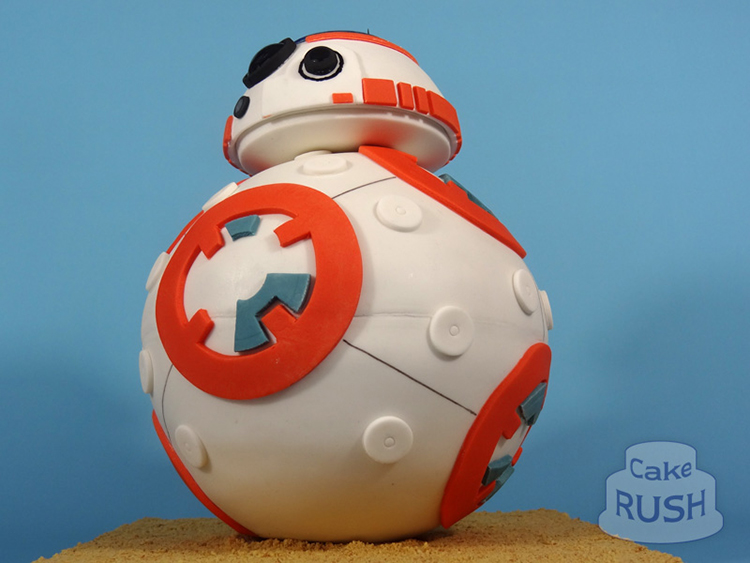 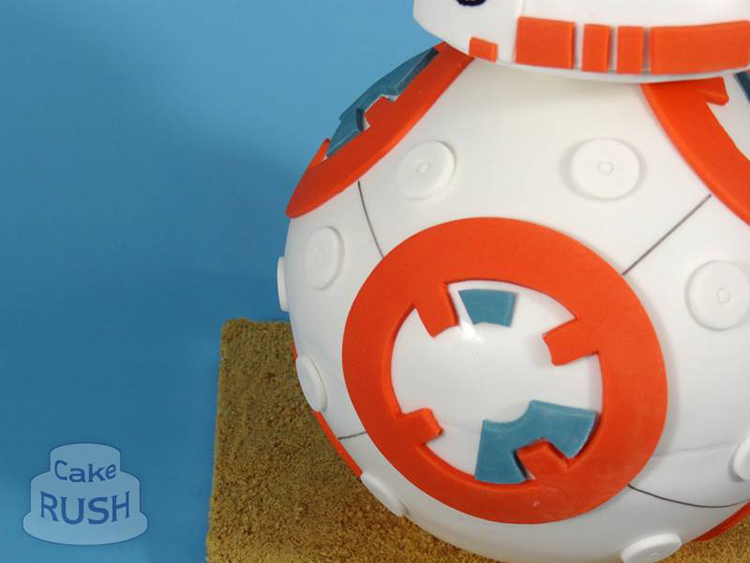