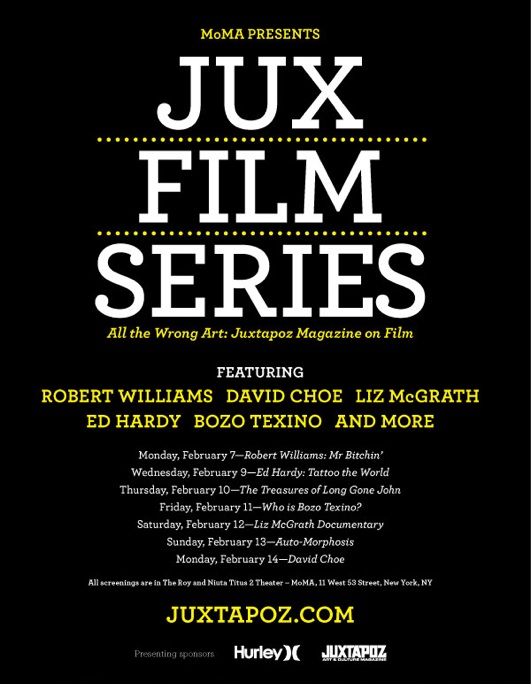 The San Francisco–based arts and culture journal Juxtapoz was founded in 1994 by painter Robert Williams as a response to the dominant critical aesthetic of the New York art scene, which he saw as favoring abstraction and Minimalism over representational forms of art. The magazine aligned itself with Surrealist traditions of figurative art, contemporary pop culture, and the “graphic tradition of EC comic books, psychedelic rock posters, sideshow freak banners, and Zap comics,” giving voice to a generation of artists working in genres that were variously described as “Lowbrow” and “Pop Surrealist.” This series includes seven documentary features about artists championed by the publication, along with in-person appearances by artists, filmmakers, and special guest speakers. Several of the films will be East Coast premieres.