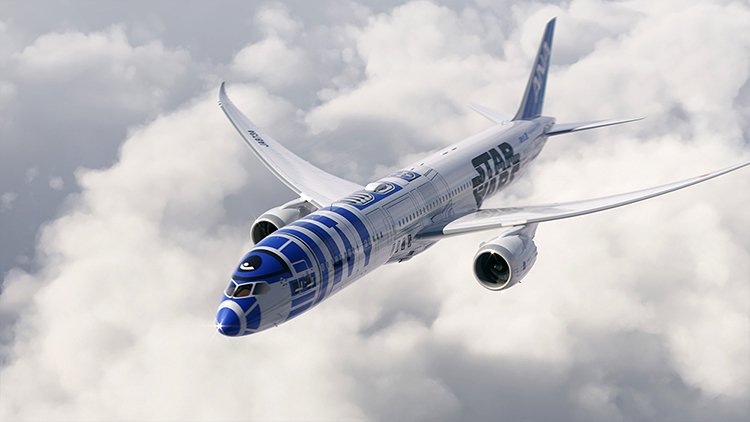 At the 2015 Star Wars Celebration event, All Nippon Airways (ANA) revealed their new Boeing 787 Dreamliner jet designed to look like the iconic astromech droid R2-D2 from Star Wars. It is scheduled to fly on international routes starting this fall–just in time for the release of Star Wars Episode VII: The Force Awakens in theaters on December 18, 2015.

According to All Nippon Airways, the R2-D2 jet will mark the beginning of ANA’s 5-year Star Wars Project — leading up to 2020 — that will connect Japan to locations worldwide.

The Star Wars livery is in line with ANA’s strategy to further enhance its international presence. Last spring, the carrier significantly expanded its international flight network from Haneda and Narita airports in Tokyo. With demand increasing around the world for flights to Japan and routes linking the United States with Asia, ANA is committed to raising the profile of the ANA brand in the global market through innovative partnerships and branding opportunities. The partnership with Star Wars, beloved by audiences in Japan and around the globe, is a perfect match as Japan’s largest airline seeks to connect travelers around the world through this project. (read more) 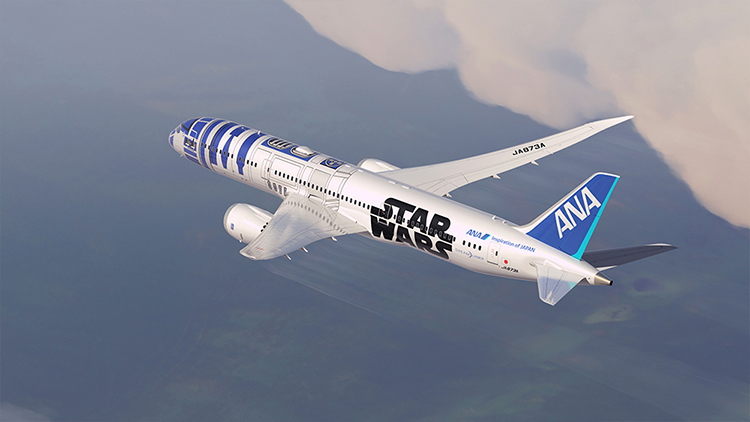 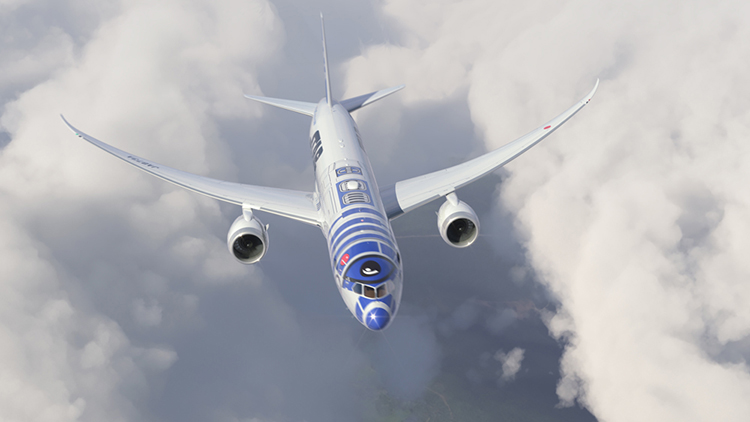 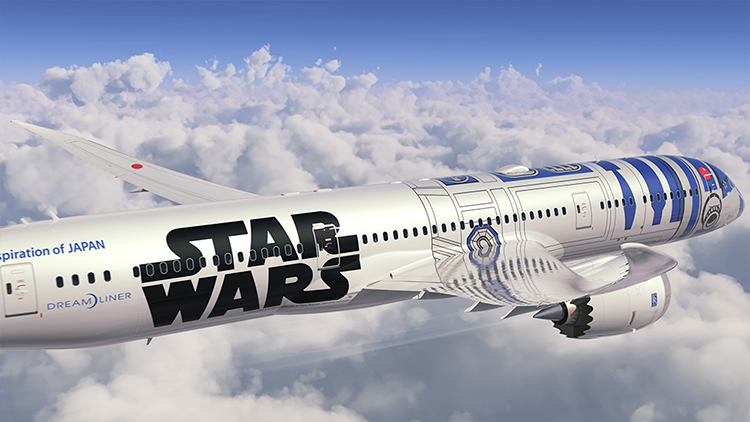 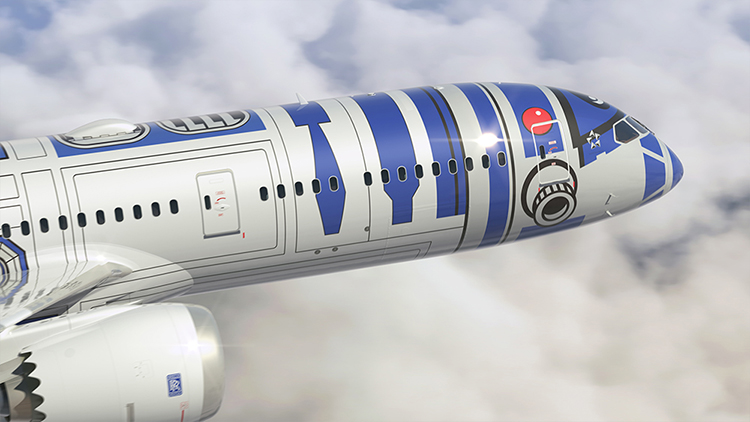