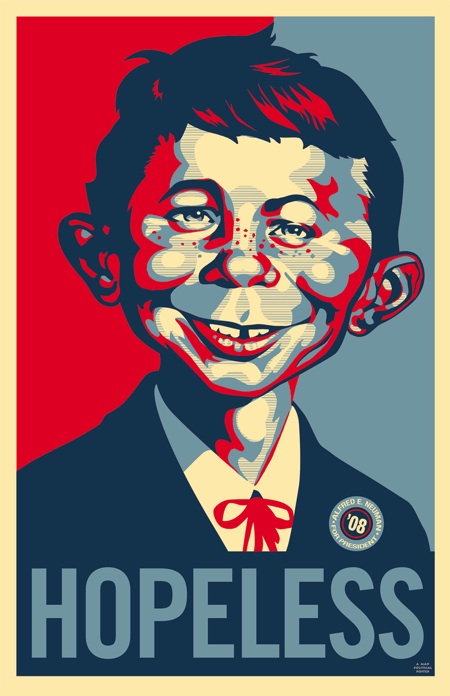 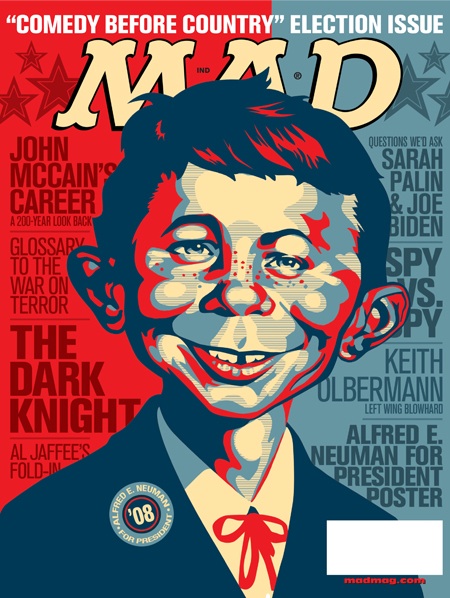 This image is also on the cover of the current issue of Mad Magazine (#495).

– No Country For Old Man & The 46-Year-Old Political Virgin

Thanks to Eric Prehoehl for the tip!