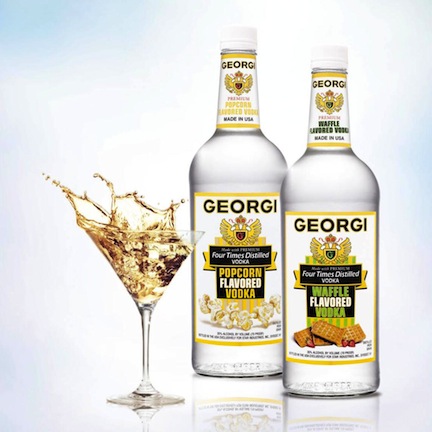 image via 11 Miles to Cool

For a National Waffle Day (August 24, 2012) promotion, Holiday Inn Express of Stony Brook in New York served up free alcohol-flavored waffles at its breakfast buffet. As part of the same promotion, the Georgi vodka brand introduced their waffle-flavored vodka. According to Denean Lane, General Manager of the Holiday Inn Express Stony Brook, “We are pleased to serve waffles alongside waffle-flavored vodka as long as the patron is over 21 and it is consumed in the bar/lounge area of a hotel.” Martin Silver, President of Star Industries, which owns Georgi vodka, is quoted as saying “Georgi is four times distilled and made in the United States of America and it tastes just like waffles. What better place to kick off our product than a place like Holiday Inn Express where travelers coming from all over our great country can try it?”.

In addition to making a fun addition to breakfast, Georgi has concocted a number of waffle-inspired cocktails including the signature waffle-tini – the drink over ice, served with a mini waffle garnish on the rim of the glass.

Millions of Americans eat waffles for breakfast every day. Waffles have existed since the times of the ancient Greeks. The Pilgrims first brought waffles to America in the 1600s. Thomas Jefferson introduced the first waffle iron on American soil. Eggo Waffles were first sold in supermarkets starting in the 1950’s. Belgian Waffles become a global sensation when they were introduced at the 1964-65 World’s Fair in New York City. 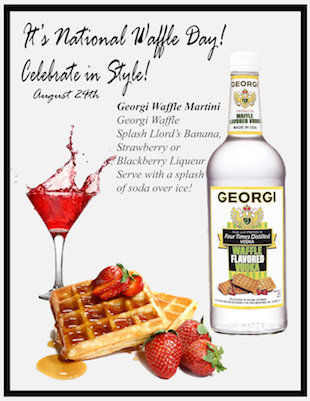