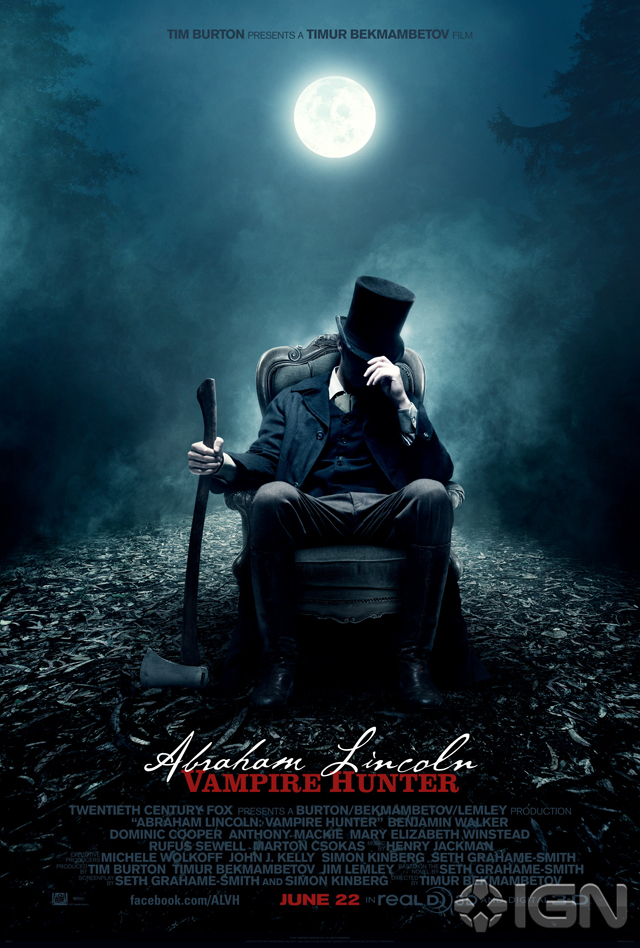 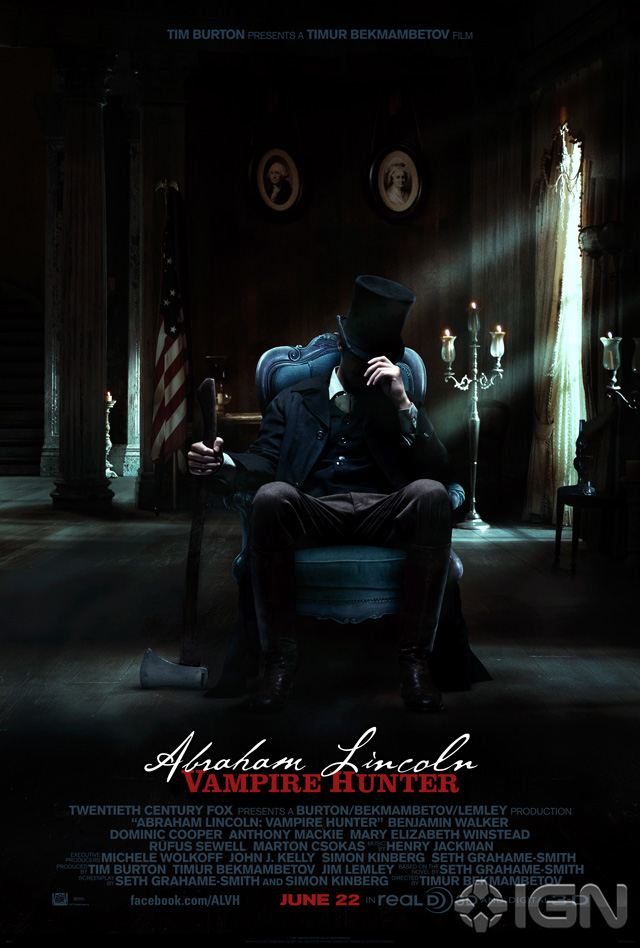 Based on the 2010 novel by Seth Grahame-Smith of the same name, Abraham Lincoln, Vampire Hunter, is a new thriller/horror movie produced by Tim Burton and directed by Timur Bekmambetov. Although the film is due out in June 2012, the ominous lenticular night and day posters showing an axe-wielding Lincoln were just released.

IMDB provided this synopsis for the film:

President Lincoln’s mother is killed by a supernatural creature, which fuels his passion to crush vampires and their slave-owning helpers.

While IGN has provided the official synopsis for the film:

Abraham Lincoln: Vampire Hunter explores the secret life of our greatest President, and the untold story that shaped our nation. Visionary filmmakers Tim Burton and Timur Bekmambetov (director of Wanted) bring a fresh and visceral voice to the blood-thirsty lore of the vampire, imagining Lincoln as history’s greatest hunter of the undead.