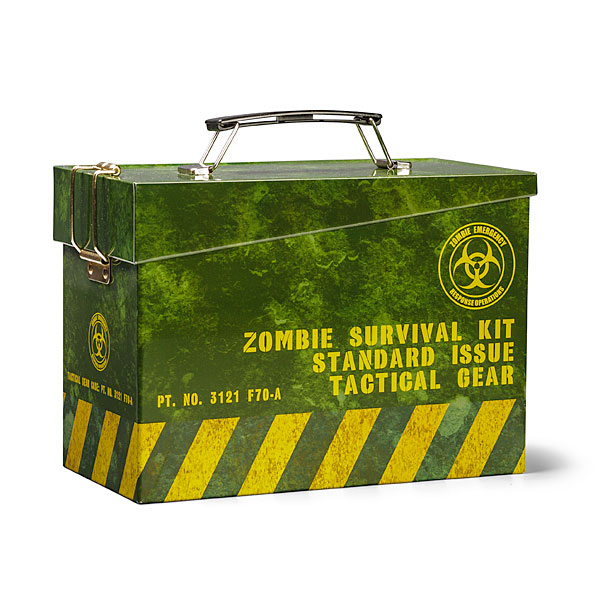 ThinkGeek has released a great zombie-themed lunchbox that looks like a military-issued ammo can, but instead of ammunition it holds precious survival food. The lunchbox is available to purchase online.

Each Zombie Ammo Lunchbox looks like standard issue tactical gear for an official Zombie Emergency Response organization. But open up the top, and it’s ready to hold all your goodies. Use it for your lunch, as a sewing kit, for emergency conventions provisions, and all sorts of other fun things. What do we keep in our Zombie Ammo Lunchbox? Let’s see: sandwich, cheesy poofs, two napkins, and a rocket launcher. Just kidding – the rocket launcher is only a spoon for our pudding cup. 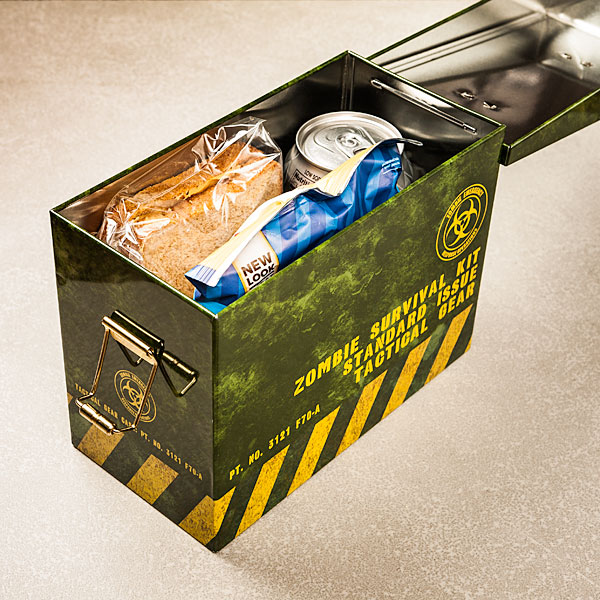