In this humorous clip from Conan, an obnoxious zombie named Hamilton Davis, who is a big fan of the AMC television show The Walking Dead, comes out to share his thoughts about the show. After the zombie and Conan go back and forth a few times exchanging rude remarks, Conan’s announcer / sidekick Andy Richter decides that he has had enough and pulls out a gun to take the zombie out. 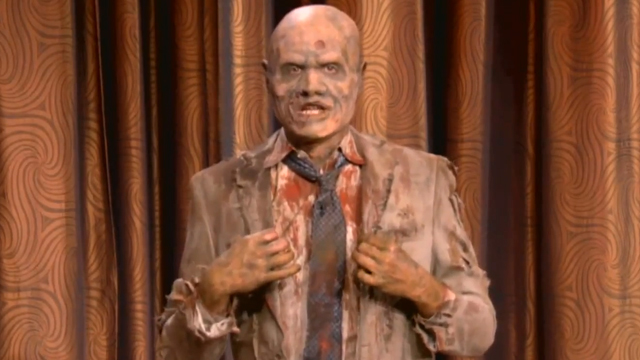 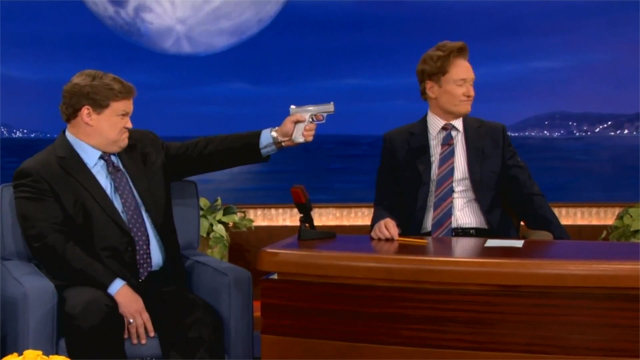