“The Night Cafe” is a virtual reality tribute to Vincent Van Gogh and his famous painting The Night Café. The 3D-rendered version was created by developer Mac Cauley as part of the Oculus Mobile VR Jam 2015. The virtual cafe also features elements brought in from some of Van Gogh’s other work to expand the environment of the simulated world, including an avatar of Van Gogh himself and a version of Van Gogh’s Chair. 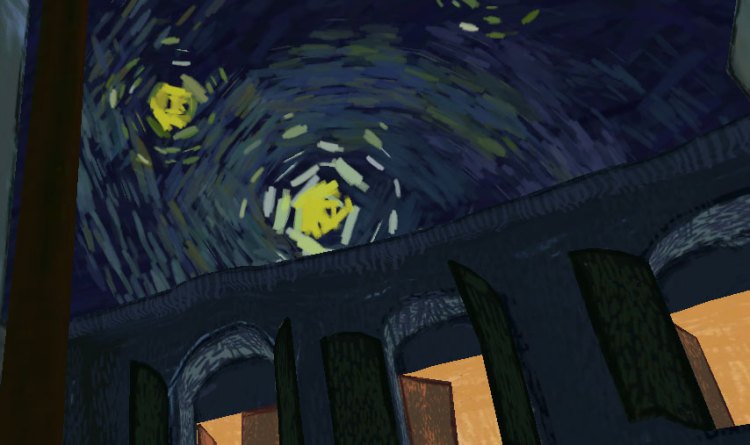 Cauley’s version of The Starry Night. image via ChallengePost 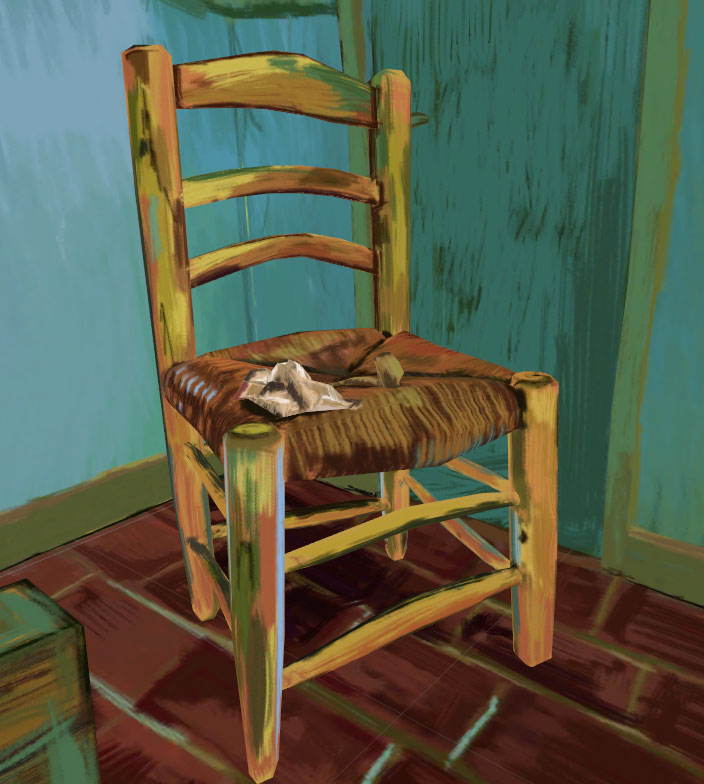 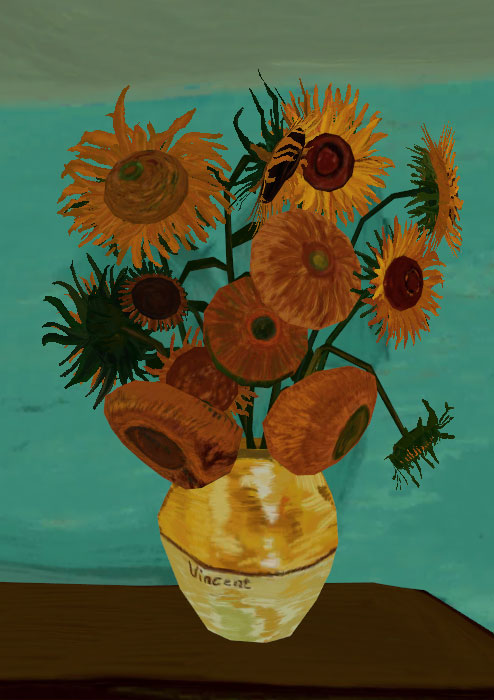 A vase of sunflowers. image via ChallengePost 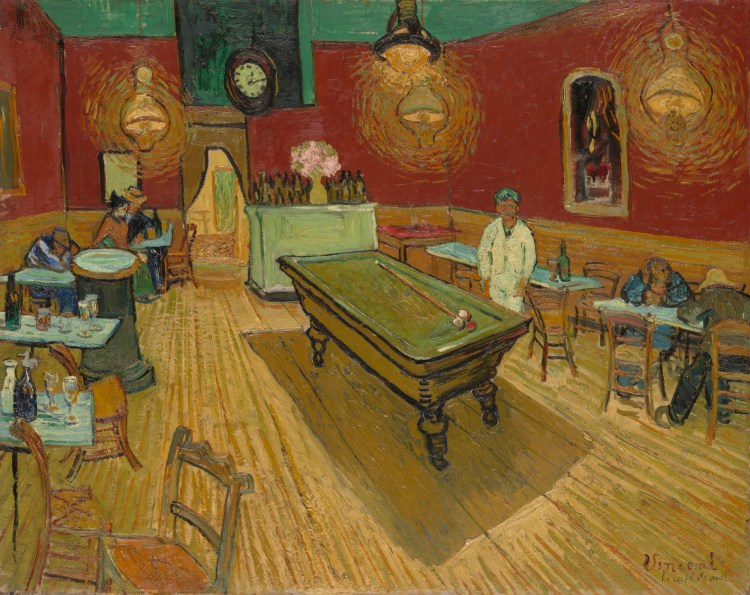