A video tour has been released for WesterosCraft, an incredible Minecraft video game server started by artist Jacob Granberry where a large community of Game of Thrones fans have teamed up to recreate the large fictional continent of Westeros imagined by author George R.R. Martin. The impressive tour of their virtual world is narrated by none other than Isaac Hempstead-Wright, the actor who plays Bran Stark in HBO‘s popular Game of Thrones television series.

According to the WesterosCraft Wikia page, the digital map is “currently several gigs in file size and roughly 22,000 x 59,000 blocks (501.14 square miles), the size of Los Angeles.” Fellow fans can help out with the massive build process by visiting and signing up at the WesterosCraft website.

“I would say the world is at around 70% completion. Since we last spoke, we’ve developed a custom launcher for the game that comes packed with our WesterosBlocks mod which includes over 50 new custom blocks and textures specifically made for our server. So, we completely repainted our map with new textures, and some of our old builds we are building over bigger, better, and more realistic. That Kings Landing render from a few years ago? Yea, we are remaking that entire city again.” – Jacob Granberry 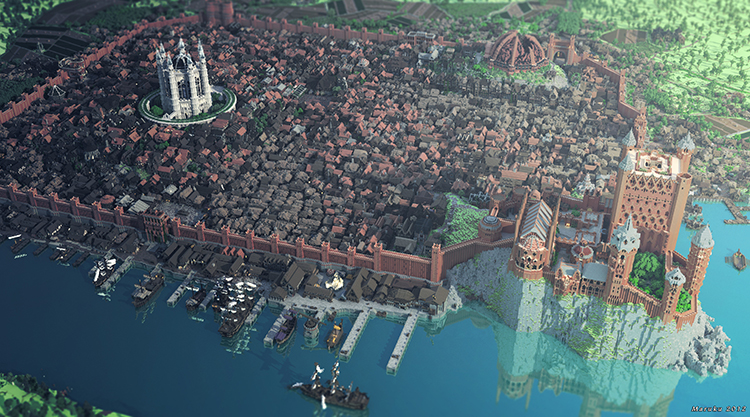 King’s Landing, the capital of Westeros 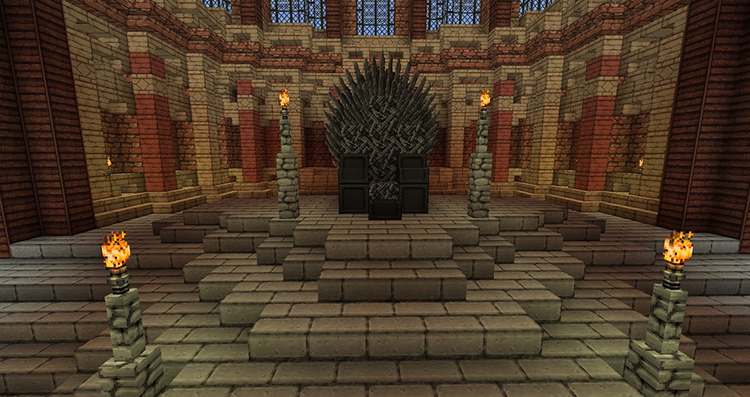 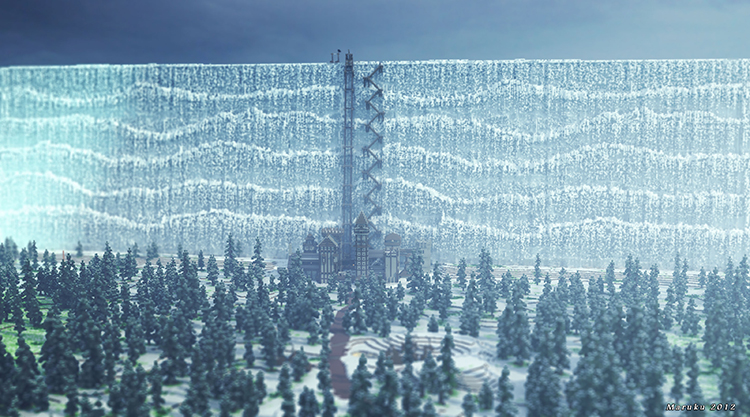 The Wall at Castle Black of the Night’s Watch 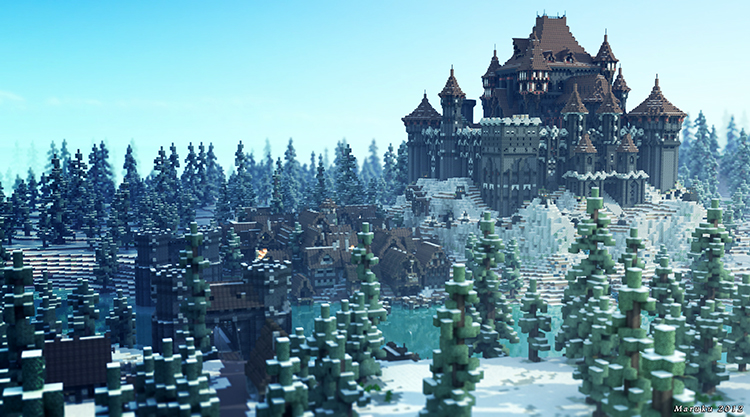 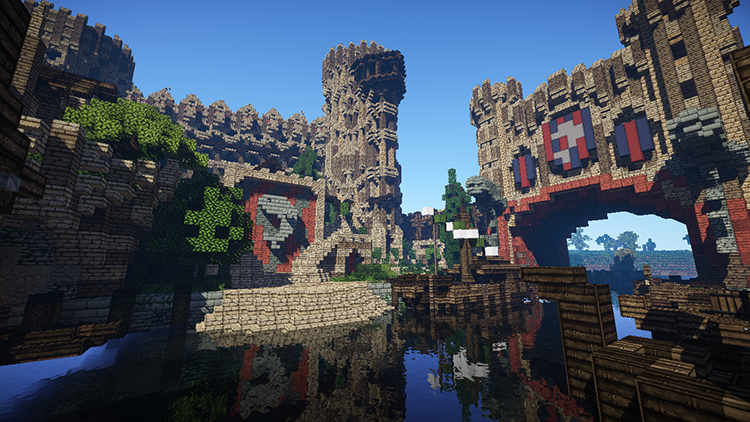 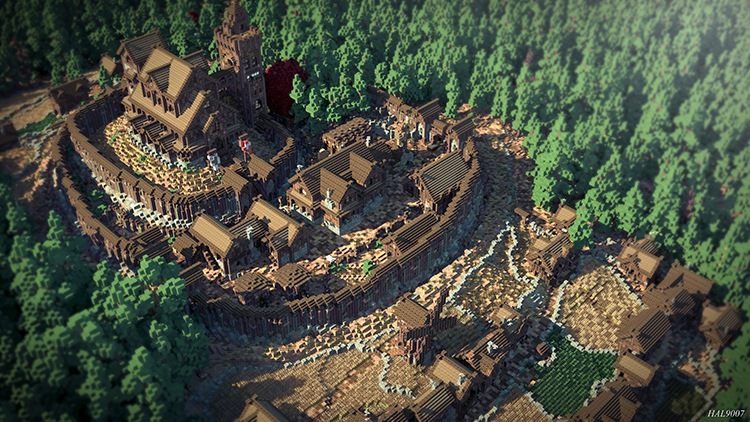