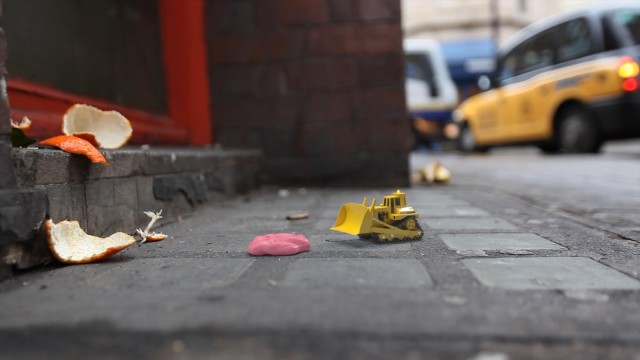 “Tiny Worlds” is a trilogy of short films from international video effects company Rushes that imagines literal tiny worlds on the streets of London. Specifically, the films look at what might happen to various bits of litter and trash in these tiny worlds.

As a way to flex the Rushes CG team’s creative muscles we decided to embark on an idea for a project suggested by the team themselves. We started with an initial concept, designed the vehicles, shot the plates, and went through the CG production process, before finishing it off by collaborating with Mcasso for sound design.