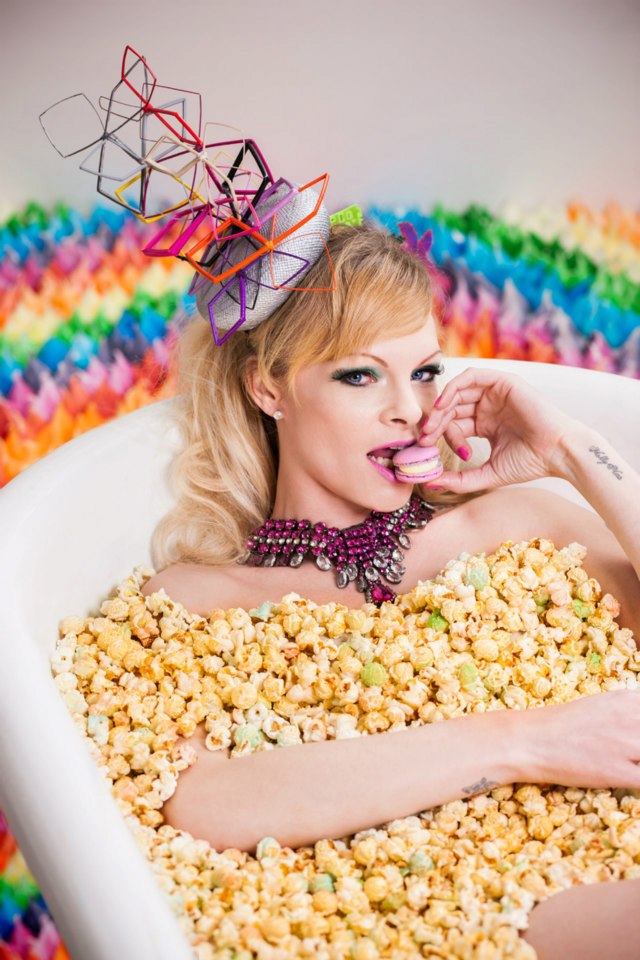 Miss Cakehead of Eat Your Heart Out curated the Tate & Lyle Tasting House in London’s Soho area, the world’s first ‘edible hotel.’ The temporary (one-night only) hotel was sponsored by Tate & Lyle Sugars to launch their new ‘Taste Experience’ line of golden and brown cane sugars and featured 8 themed rooms decorated to “celebrate the different properties of each of the different sugars.” Guests were “encouraged to eat their way through vanilla sponge cushions, meringue rugs, a bath tub of pop corn, a sea turtle cake, a rainbow cake” and more. It took “a team of 14 cake makers more than 2,000 hours to bake” and “900 hours to decorate” all the goodies found within the hotel’s walls. Senior Brand Manager for the sugar company James Whiteley states, “We think the cake hotel perfectly captures the excitement, inspiration and expertise behind the creation of our new range of golden and brown cane sugars.” According to BBC News, winners in a competition by the sugar company received tickets to visit the space and eat as much of the hotel’s sweets as they could. The event production company behind the hotel, Helix 3D, has more images of each of the themed rooms at their Facebook page. 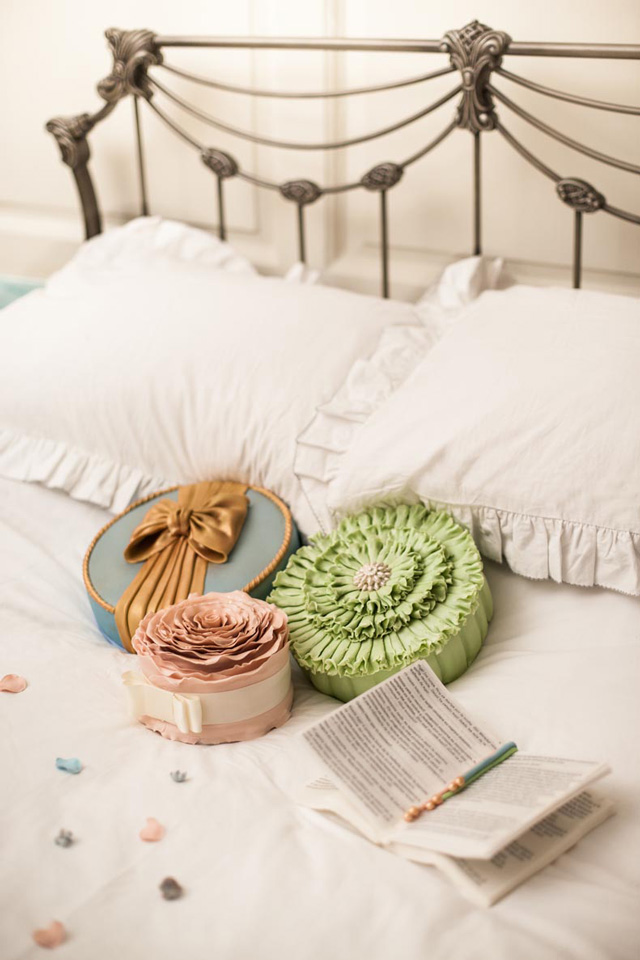 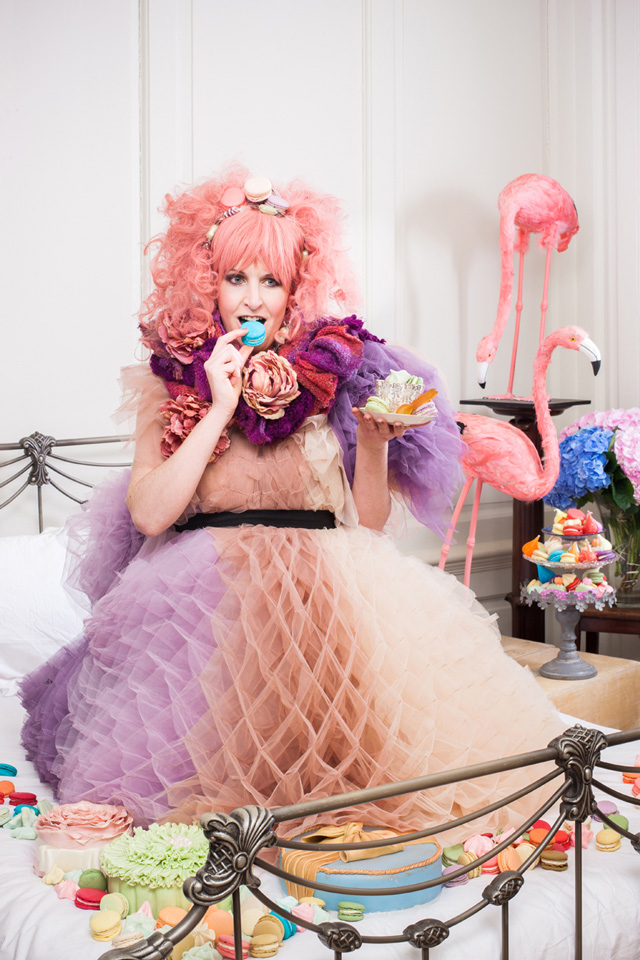 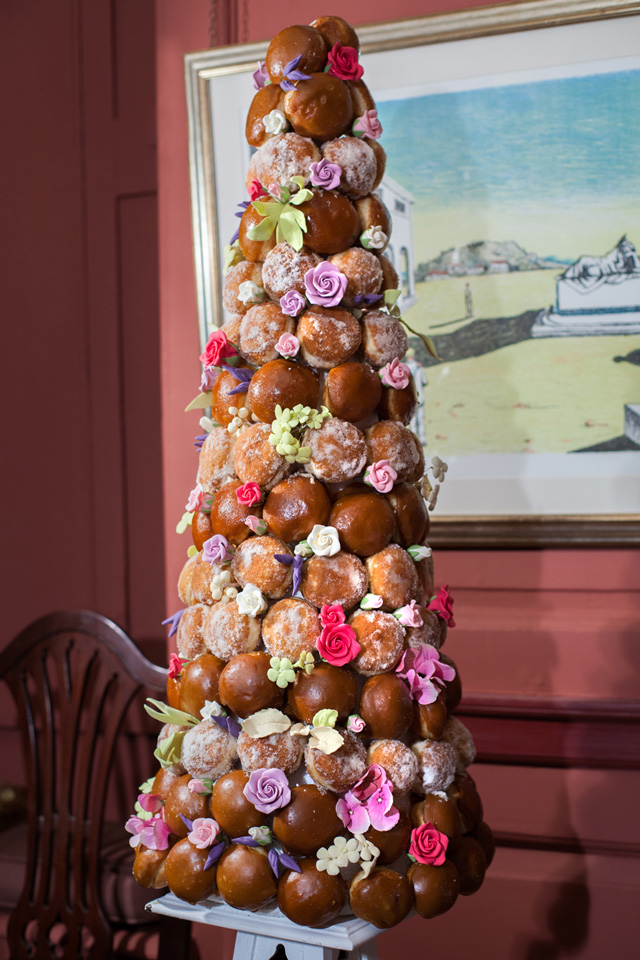 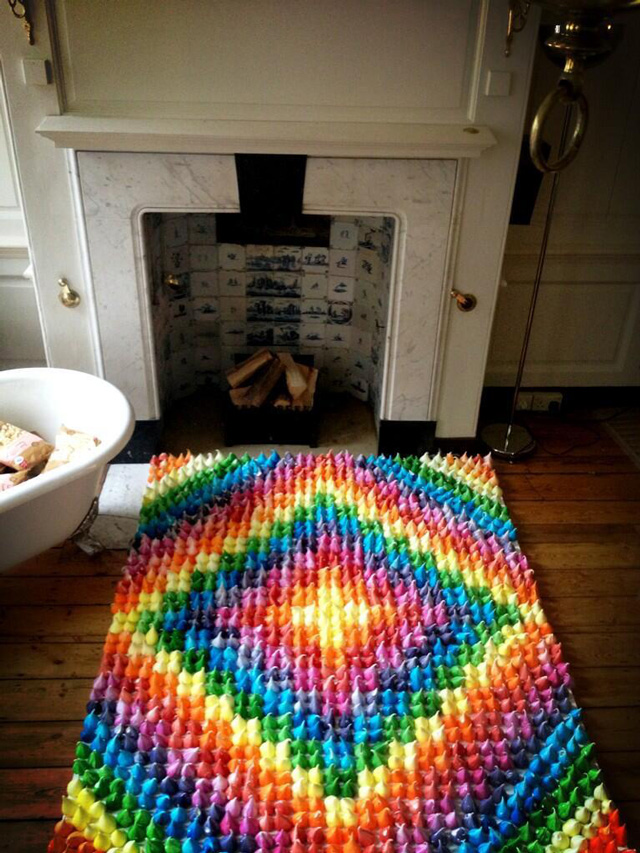 A rug made of 1,080 colored meringues by Meringue Girls