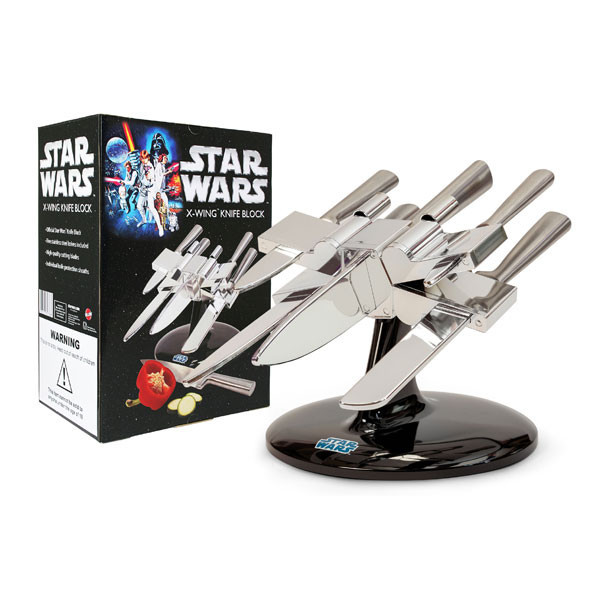 The Star Wars X-Wing Starfighter Knife Holder by The Fowndry will “give your regular old kitchenware a rebellious kick in the vegetables.” Their chrome-effect plastic knife holder comes loaded with five stainless steel knives.

Chrome finished and standing over 20cm high, the X-Wing Knife Block raises the status of the humble knife holder. Heck, with this in the kitchen even Aunt Beru would be signing up to give the Empire one in the eye. And as for the Force? Well… it’s useful. But can it chop an onion, dice peppers, and slice a loaf? Can it? We’ll ask George, as soon as he picks up. 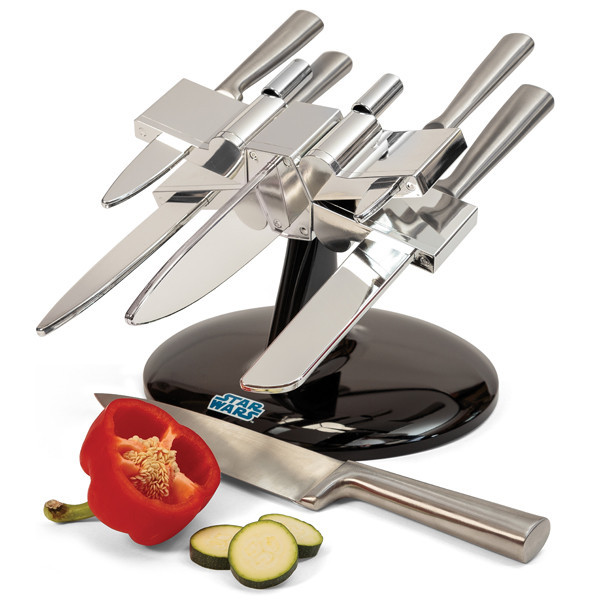 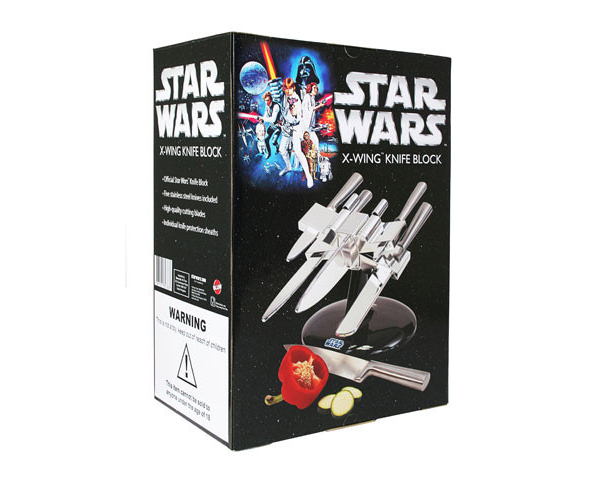 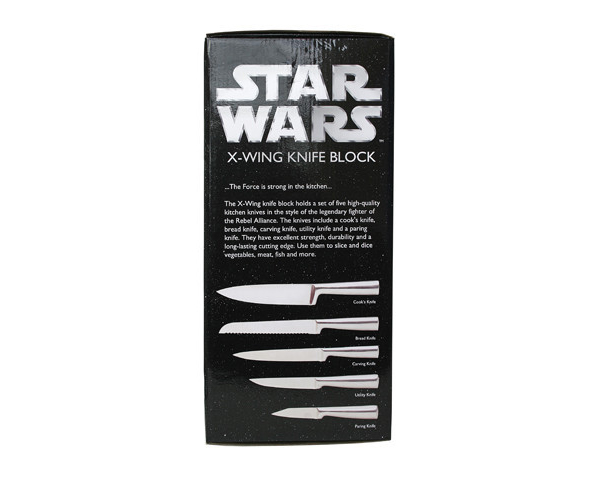