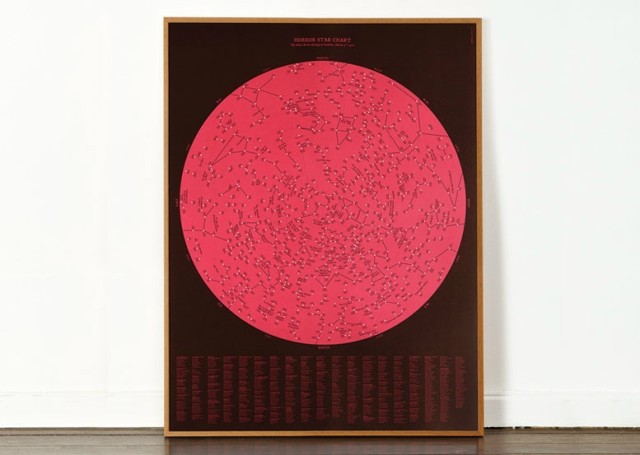 The Dorothy Collective has released a set of star charts that map 135 classic horror films and actors, directors, and other notable people involved with each film. The charts are based on the night sky over Berlin on March 4, 1922, the night that German expressionist horror film Nosferatu by F.W. Murnau premiered. The charts are available in two-color and glow-in-the-dark editions. We previously posted about Dorothy Collective’s Hollywood Star Chart series. 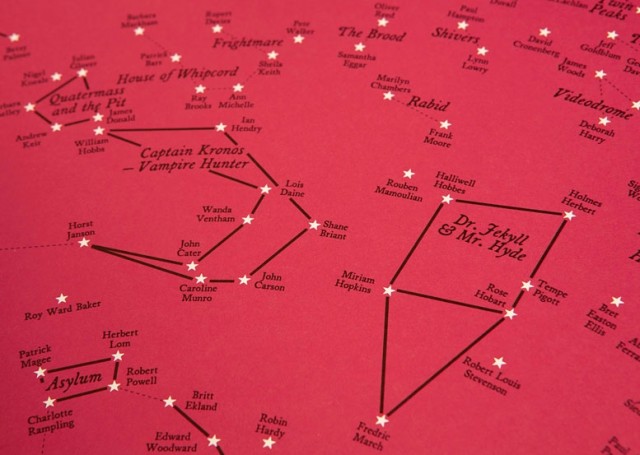 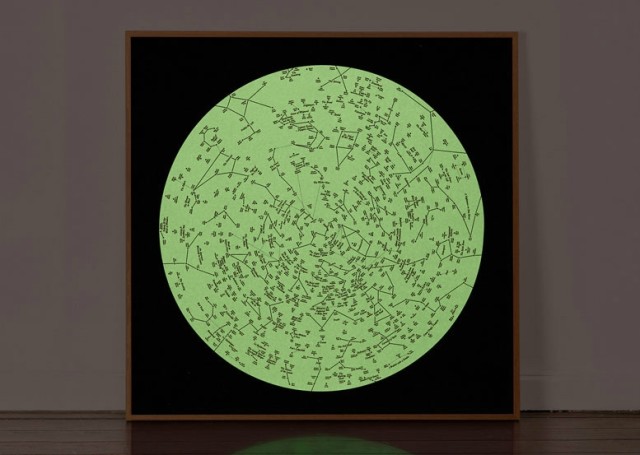