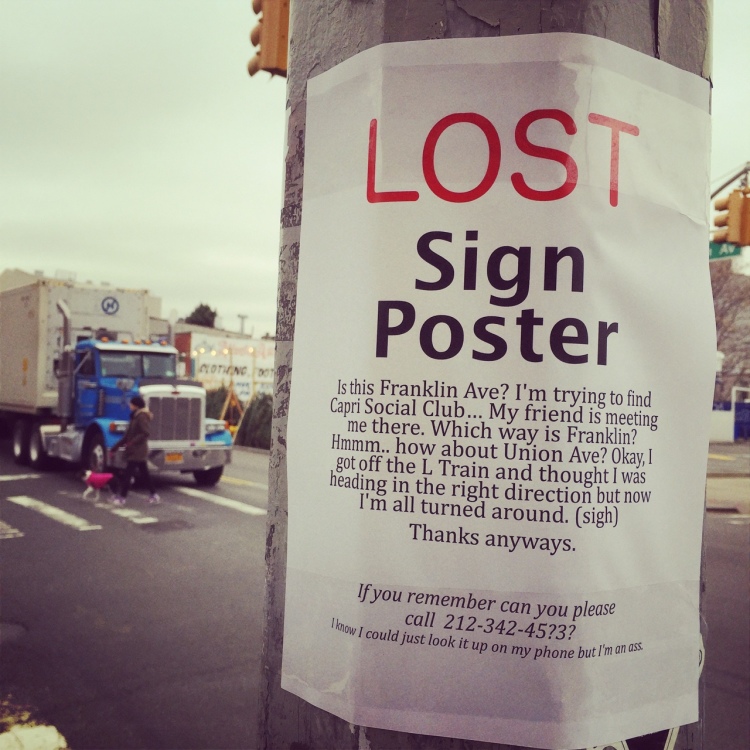 Comedian Jason Saenz has been posting humorous lost, missing, and wanted signs around New York City and putting photos of his work on the #SaenzSigns Tumblr with the location where each sign is posted. The signs ask for help finding things like a drummer who can play “Ticka Tocka Ticka Tocka”, a telephone pole, and even Saenz’s own self esteem. 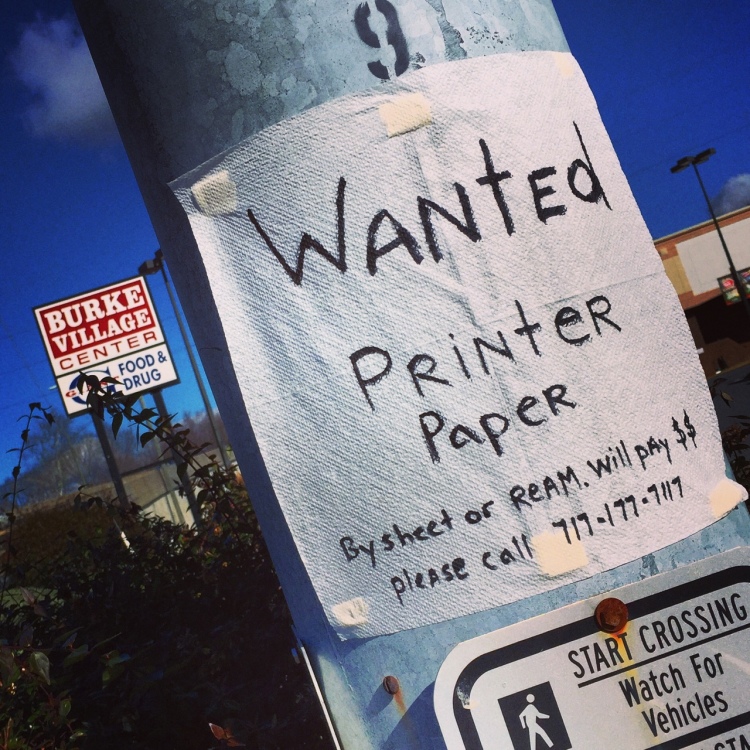 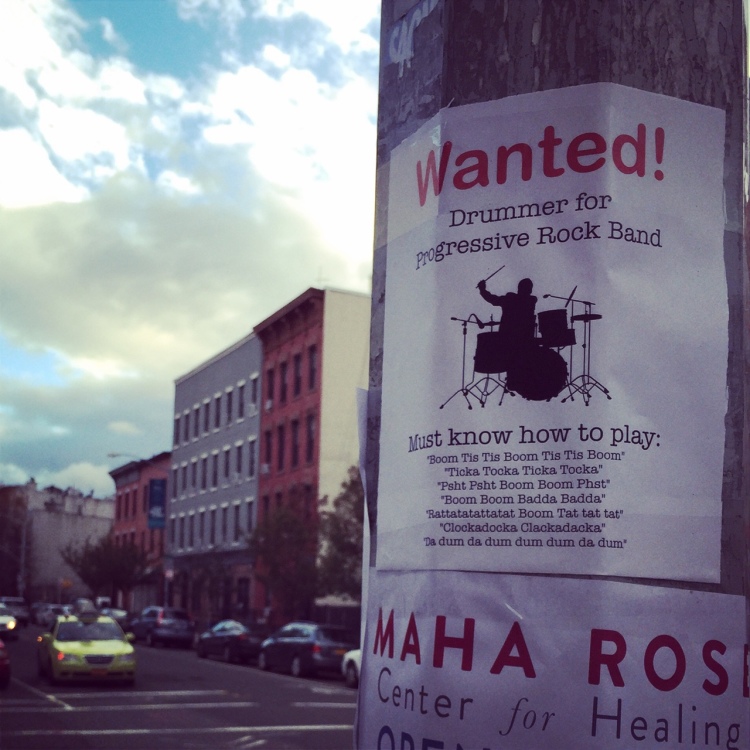 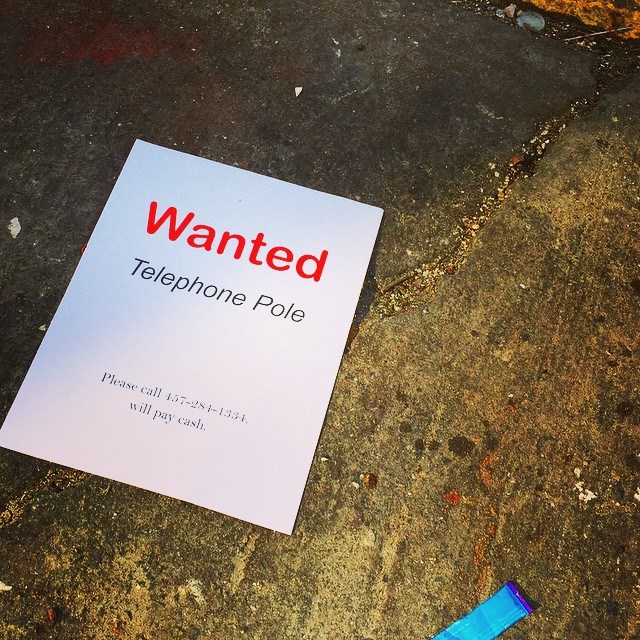 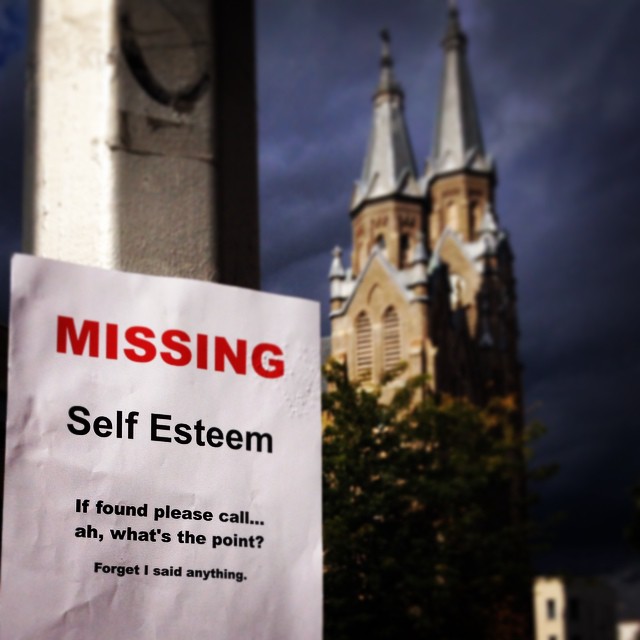