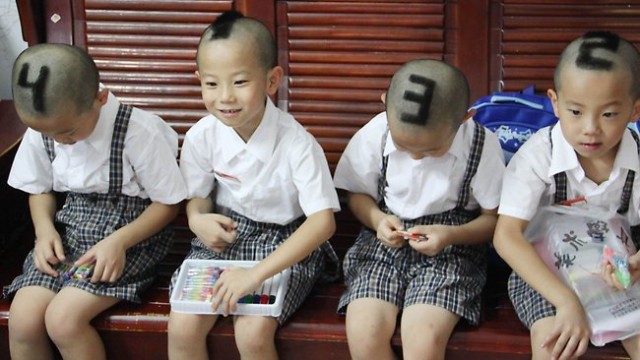 According to news.com.au, Chinese mother Tan Chaoyun shaved numbers onto her identical quadruplet’s heads so that they can be easily identified at school. She is quoted as saying “They are identical, even to me…Their father [has trouble] telling the differences among them…Sometimes he would punish the second one for the third one’s mistake.” In the past, the boys wore ankle tags so that people could tell them apart.

via MSN News, news.com.au and Fark