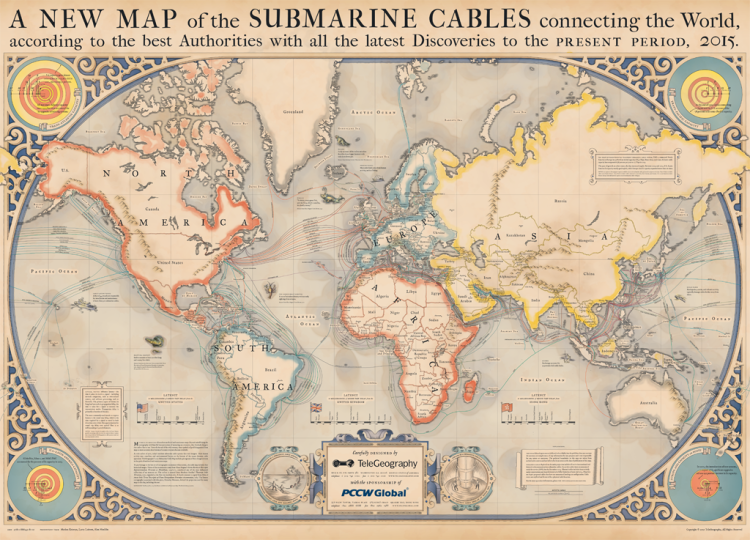 The 2015 Submarine Cable Map depicts the 278 undersea communication cables that carry telecommunication signals across the world’s oceans. The map also includes 21 cables that are planned or under construction. Created by TeleGeography, a telecommunications market research and consulting firm, the map takes its design inspiration from medieval and renaissance cartography. The map can be viewed in an interactive version. It is also available for purchase. We previously posted about the 2013 edition of the map–at the time, there were 232 in-service cables. 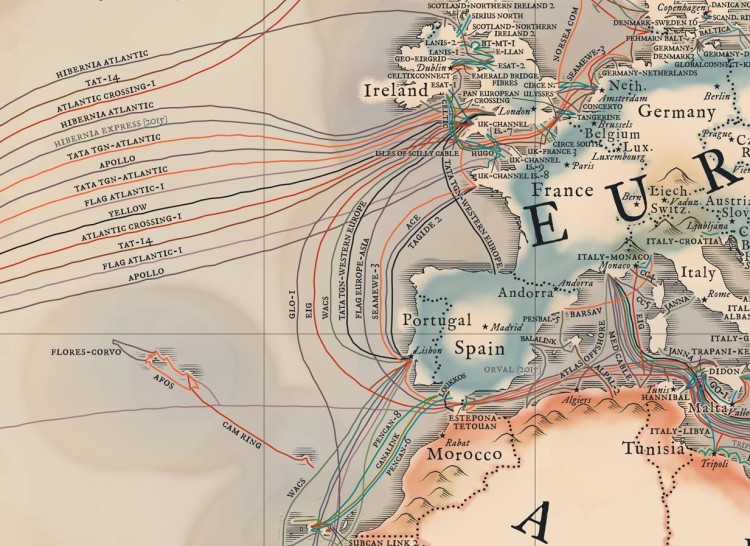