We can be the heroes/And do it our own way!

“Frozen – A Musical featuring Disney Princesses”, is a live-action musical tribute to the Disney animated film Frozen where Elsa liberates six of Disney’s eleven princesses, allowing them to pursue the dreams they had before settling for happily ever after. Anna, Mulan, Tiana, Merida, Rapunzel, and Pocahontas are presumably already enjoying adventures of their own.

The video was created by AVByte, the two brothers behind “Sherlock the Musical”. 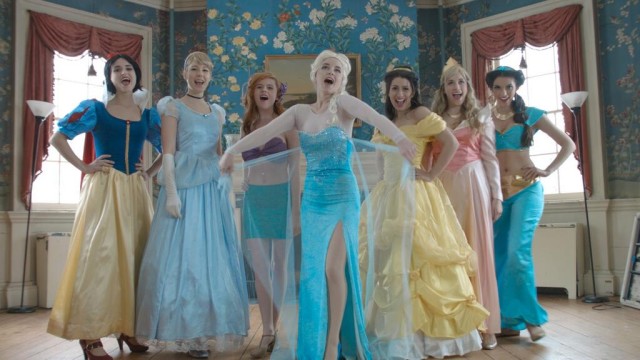